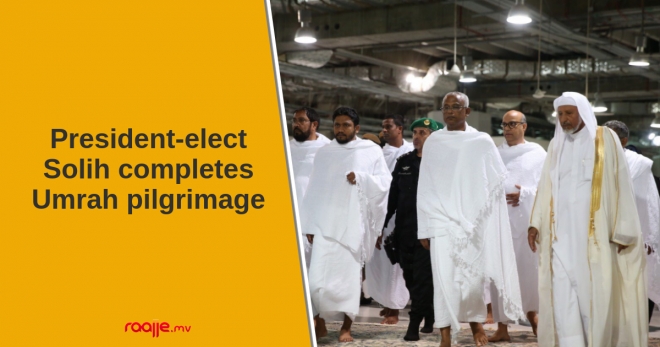 The president-elect has met with senior Saudi government officials and Maldivian students in the Gulf kingdom.

This is Solih’s first official international trip since winning the election and the Saudi Kingdom was one of the first to congratulate him.