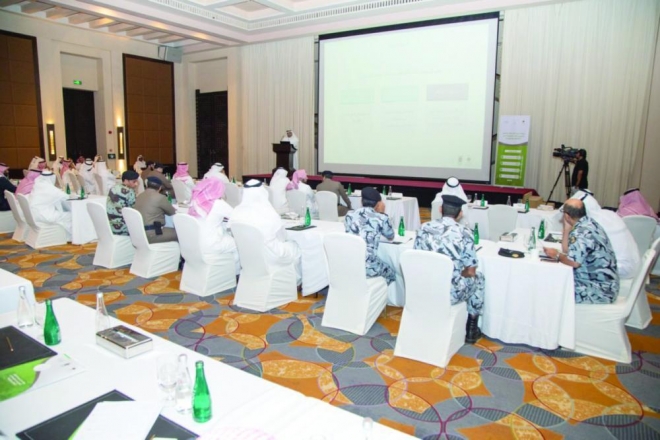 MAKKAH — The Ministry of Haj and Umrah is planning to establish and electronic platform for the grouping of pilgrims starting from the coming Haj season, according to Makkah newspaper on Sunday.

The move was proposed at a workshop held recently in Makkah and attended by a number of government and private bodies concerned with the Haj operations.

According to the proposal, the grouping will be done in two stages — first for the arrival and departure of the pilgrims and their movements between cities while the second for their movement between the holy sites of Mina, Arafat and Muzdalifah and the Grand Mosque in Makkah.

Undersecretary at the Ministry of Haj and Umrah Hussain Al-Sharif said the ministry and its partners were determined to continuously improve the services for the pilgrims and also for the visitors to Makkah and Madinah.

“The Saudi government is keen to extend consummate services to the pilgrims and enable them perform their religious rites in ease, peace and comfort,” he added.

He said the ministry was making efforts to introduce the smart grouping of the pilgrims. “This workshop is a practical application in the search for the best practices and solutions to provide the pilgrims with excellent services,” he said.

The participants watched a film comparing the Haj journey in the past and the present, and discussed a comprehensive plan for the easy and safe grouping of the pilgrims.

They noted that the presence of a large number of people from different cultures and tongues at the same spot for about five days requires a thorough plan for their easy grouping.

The ministry has conducted about 50 field studies, made more than 200 interviews and photographed the pilgrims on arrival and departure to come out with an elaborate plan for their grouping.