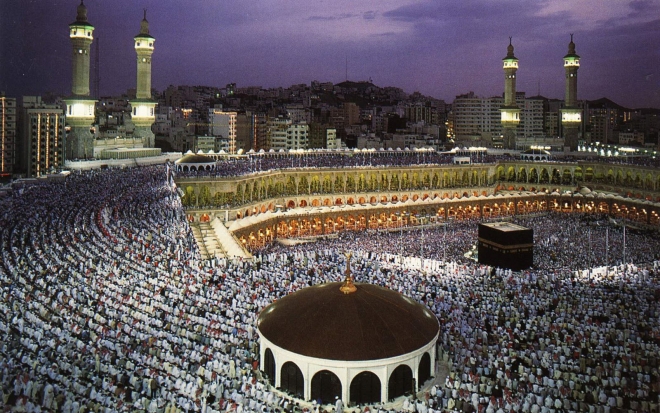 An advocacy group fighting for the rights of local hujaaj have criticised the South African Hajj and Umrah Council’s (SAHUC) public participation processes, accusing it of a lack of transparency.

The United Council for South African Hujaaj (UCSAH) issued a statement on Saturday, discussing the details of its meeting with the haj regulator.

The meeting was set to unpack various issues including: the lack of public participation in SAHUC’s administrative activities in Hajj; SAHUC’s annual financial statements and the lack of adherence and deficiencies in its constitution.

Executive member of UCSAH, Yakoob Baig, said that the desired results of the meeting were not achieved. He added that the issues discussed rose as a result of complaints from hujaaj.

“One of the main issues on the table was the participation and public engagement. We pointed out to SAHUC that their system is based on organisational systems and it is not acceptable because they are not in communication directly with hujaaj,” Baig said.

According to the statement issued by UCSAH, despite the Muslim community funding SAHUC’s activities, they do not believe that public participation is necessary. SAHUC allegedly believes that they are “serving pilgrims without pilgrim involvement.”

Baig added that SAHUC was not very open with their financials.

“In the last AGM (Annual General Meeting), the meeting had to be adjourned because they failed to produce their report timeously. In terms of the Constitution, they have to give it to their member organisations ten days prior to the AGM. SAHUC had failed to do this and this is not the first time it had happened,” he said.

Baig said that UCSAH was not certain as to the reason behind the delay in producing the documents. He added that SAHUC granted them permission to attend their AGM.

“They granted us permission, but they told us we cannot speak, ask any questions or make any comments. We took that as an insult and we refused to go,” said Baig.

Baig added that SAHUC is unfortunately a law unto themselves.

“We at UCSAH try to do everything in terms of Shariah compliance. Where we try to make avenues with SAHUC, they come up with brick walls. For instance, when we asked for documents that should be in the public domain (Financial Report, Chairman’s Report, Secretary’s Report) given the status of SAHUC, we were refused point blank.”

UCSAH reported SAHUC to the Independent Regulatory Board for Auditors and pointed out certain shortcomings on the part of SAHUC’s auditors.

“The auditors were slapped with penalty sanctions but SAHUC strangely persisted in using the same auditors.”

UCSAH raised the issue as to SAHUC using “tainted auditors” whilst working with public funds. According to Baig, SAHUC referred to the situation as “nothing serious.”

When asked about comments regarding the situation at SAHUC from travel operators, Baig said that these travel agencies are reliant on SAHUC.

“It’s a similar situation with the member organisations. There seems to be some sort of inducements that keeps them all in check as they are very compliant. That is a regrettable part of the system that SAHUC has and we need to break the system and make SAHUC become accountable to the public,” said Baig.

Baig concluded by saying that they (UCSAH) would like to work in conjunction with SAHUC, instead of apart from them.

“We would like to work with them (SAHUC) but with the view of regularising their matters so ultimately, it benefits Hujaaj as a result of which, the Hujaaj can have a comfortable, easy and affordable Hajj.”

SAHUC declined to comment when contacted for an interview.