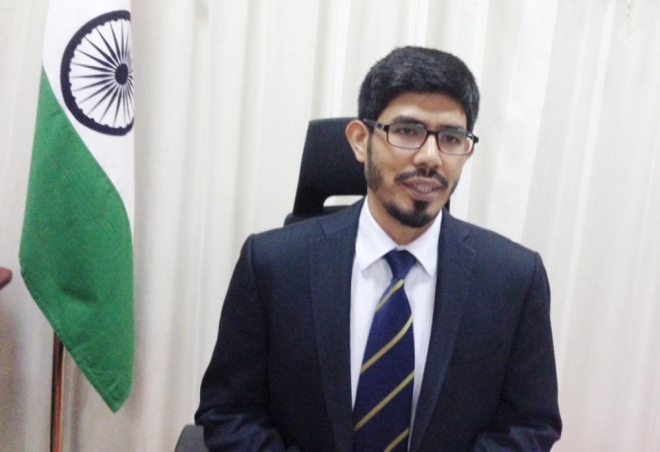 JEDDAH — The Indian Haj Mission has started preparations for the Haj of 2019 well in advance, according to Consul General Mohammed Noor Rahman Sheikh.

Speaking to Saudi Gazette, Sheikh said that the bilateral Haj agreement would be signed next month. “We have begun preparations for the next Haj very early, with the process starting in Makkah in the last week of October. In Madinah, we have already invited applications for renting out residential buildings, and this is three months earlier compared to the previous years,” he said, while noting that last year, the Haj Mission started preparations in Madinah only in March.

“Because of the early preparations, whatever deficiencies that come up, we can resolve very well in advance,” he said.

Sheikh thanked Custodian of the Two Holy Mosques King Salman and Crown Prince Muhammad Bin Salman for their great care and keenness on further improving the facilities and services for the pilgrims.

“There has been remarkable improvement in the facilities and services made available by the Saudi authorities for the pilgrims ever since their arrival in the Kingdom till the moment of their departure. The IT savvy minister, deputy minister and senior officials from the Ministry of Haj and Umrah are putting in great efforts by tapping all the high tech facilities and services for the betterment of services to the pilgrims, and thus making the Haj operation much easier, smoother and simpler year after year,” said Sheikh who has been closely associated with the Indian Missions’ Haj operation at least for seven seasons.

The consul general said that the Haj Mission would request the Saudi authorities the allotment of Haramain train facility for the Indian pilgrims. “Our pilgrims are very familiar in using train as India hosts the world’s largest railway network. Anyhow, availing of this facility depends upon the decision of the Saudi authorities.”

He said India’s Minister of Minority Affairs Mukhtar Abbas Naqvi has written to the Saudi Minister of Haj and Umrah Mohammed Benten with a request to increase the quota of Indian pilgrims and it might crop up in the discussions during the ceremony of signing the bilateral Haj agreement in December.

Regarding the pre-clearance of immigration of Indian pilgrims, he said there has been couple of discussions on this ‘Makkah Path’ system and the Saudi authorities are expected to take a final decision on this in the near future.

Sheikh said there would be special new baggage tags for the pilgrims after their arrival in the Kingdom. “There will be different colored tags for different states and so it will be very easier to identify them apart from mitigating chances for losing baggage,” he said, while unveiling plans to introduce new device for locating maktabs in Mina in addition to including more features in the mobile App.

According to Sheikh, the name of the Green category will be changed to NCNT (non-cooking and non-transportation) from the Haj of 2019. This follows the decision of Saudi authorities not to allow cooking within one km from the outermost periphery of the Central Haram Area. Last year, many pilgrims, who had applied for Green category, later shifted to Aziziyah where the pilgrims were extremely happy to have accommodation in new buildings, as well as 24/7 services of new model buses, cooking facility apart from proximity to the holy sites.

The consul general said that the Haj Mission is still eyeing new innovations to be introduced for the next Haj. “Our innovations for the last Haj, especially EMASIHA system, exclusive facilities for women pilgrims without mahram, and tricolor umbrella experiments were extremely successful.

“Under the EMASIHA (Electronic medical assistance services for Indian Hajis abroad) system, the Haj Mission linked all its three hospitals and 13 branch dispensaries in the holy cities of Makkah and Madinah as well as at the Jeddah airport Haj terminal with an online software system for the first time. We managed to make available all medical details of a sick pilgrim when his or her passport number or cover number was entered at the time of approaching the clinic, he said.

“This system was very fruitful and its outcome was superb. It was very useful from the perspective of our medical management, its utilization by pilgrims and the coordination with the Saudi authorities,” he said, adding that the EMASIHA system will be improved further for the next Haj.

Sheikh said a total of 1,300 women pilgrims performed Haj without a mahram (male blood relative) for the first time in 2018. “This scheme has proved amazingly great though it was quite challenging. We accommodated them in exclusive buildings apart from exclusive bus points and buses. The Haj mission managed to maintain their privacy totally and there were no complaints about the facilities and services extended to them,” he said, noting that the government of India dispatched female officials and 13 Qadimul Hujjaj to serve them.