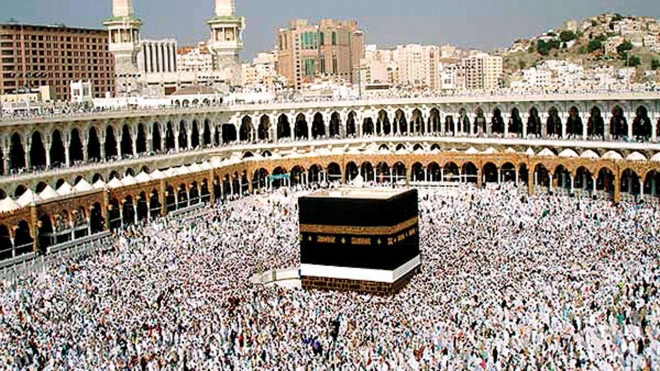 The Indian national and his son were detained by the Saudi Arabia police for posing and taking pictures with the Indian flag inside the Haram in Mecca.

Imitiaz Ali Saiyed (45) and Uzair Ali (12), a resident of Vadodara's Tandalja were detained on Friday. Uzair was released immediately, however, his father Imitiaz was released on Saturday after the intervention of the Consulate General of India in Jeddah.

Imitiaz who works as a manager in glass making company had left for Mecca along with his wife and two children on Monday.

Zuber Goplani, National Executive Council member of the All India Muslim Majlis-e- Mushawrat’s had apprised of the situation to Sushma Swaraj, Rajnath Singh, Prime Minister's Office and Gujarat Chief Minister via twitter and had sought their help and intervention into the matter.

"With our immediate and timely intervention in Court proceedings and police Mr. Imtiaz arrested for two days in Makkah is also released. Thanks two all including local govt officials for support," tweeted Consulate General of India, Jeddah.

The Consulate General also urged all Indian Haj or Umrah Pilgrims to note that displaying flags in Haram area is banned.

Reacting to the release of Imitiaz Ali, Goplani praised the authorities and said, "A big thank you to Javed Ahmed sahab and team of Counsel General Of India office. They personally looked into the entire episode and made sure that fellow citizen is out," he tweeted


⇐ Previous:
In a first: Haj and Umrah aspirants can get visa in Srinagar
Next: ⇒
Hajj Corporation says all monies collected from pilgrims are safe, refutes transition committee's claims of mismanagement