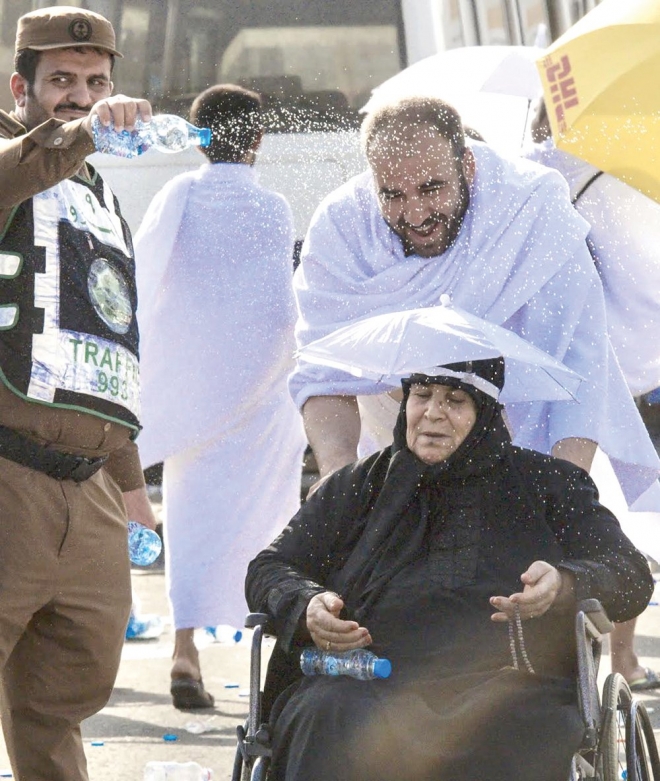 JEDDAH: The role of entrepreneurs and emerging companies in regional economies and in the Hajj and Umrah sector was discussed during the opening day of Saudi Forum for Emerging Companies.

The event, at the Ritz-Carlton in Jeddah, was organized by the Small and Medium Enterprises General Authority (Monsha’at) under the title “Emerging companies and their role in the regional economy... the model of emerging entrepreneurial companies in the Hajj and Umrah sector.”

Dr. Mohammed Salih Bentin, minister of Hajj and Umrah, said in his opening remarks that he hopes that the modern facilities being developed for pilgrims will enable them to complete their Hajj and Umrah rituals more easily using smart devices, and that the quality of the services on offer will be exemplary.

He noted that there will be no complacency in ensuring the highest standards of hygiene or in other related areas.

“The enrichment of the Hajj and Umrah experience with historic and entertainment sites is an important goal that we seek to achieve through the unique efforts of entrepreneurs,” he added. “We are waiting for them and welcome all their ideas and suggestions.”

Saleh Al-Rasheed, governor of Monsha’at, said that the role of the authority is to create “a suitable environment for entrepreneurship. We work with (entrepreneurs) hand in hand and hope that the emerging projects have distinctive ideas in the service of pilgrims.”

Ultimately, he added, the market will be the judge of the success of these ideas and projects, and Monsha’at supports and protects entrepreneurs throughout the process.

Makkah Mayor Mohammad Al-Quwahess said that the aim is to fully embrace technology and convert Makkah to a smart city, and that it is important to think outside the box when planning and hosting the pilgrimage season.

Amer Al-Qahtani, deputy director for research and innovation at Elm Information Security, stressed the importance of creating a nurturing environment in which to address the ideas and challenges relating to the Hajj and Umrah sector, with the aim of building and developing technical solutions.

Ahmed Al-Thenayan, deputy minister for technology industry and digital capacities, announced that a campaign will soon be launched, in cooperation with Monsha’at, to support and develop the Hajj sector.

Nawaf Al-Sahaf, CEO of Badir Program, an organization that helps to support and develop technology-based business ideas, said that non-Saudis should be given a chance to participate in the Hajj and Umrah programs because they offer a different perspective.