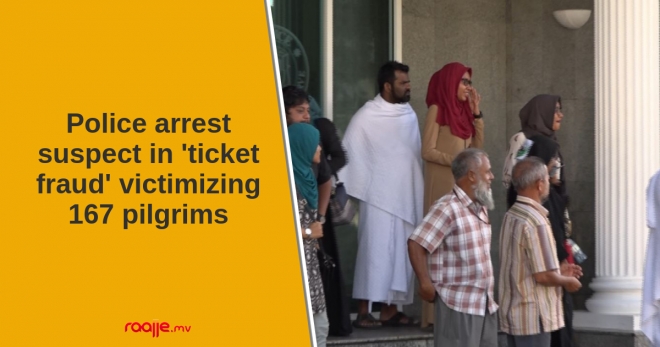 Police have on Monday arrested the primary suspect in a case of fraud where 167 Umrah pilgrims were falsely led to believe tickets for them to travel to Saudi Arabia had been purchased.

Nishan, native to the capital atoll, was arrested while attempting to fly to Sri Lanka from the international airport in Maldives’ southernmost Addu City.

48 pilgrims managed by Askoi were told that no tickets had been issued to their names, when they arrived at the airport. The Umrah group has confirmed that a total of 167 pilgrims have been victimized in the scam.

Askoi, a prominent pilgrimage agency, has denied any involvement in the scam and said that all pilgrims will be compensated and able to fly to Saudi Arabia by this week’s end.


⇐ Previous:
Muslims in Southern Thailand Getting Ready for Hajj Pilgrimage
Next: ⇒
9 areas open for investment in Haj and Umrah sectors