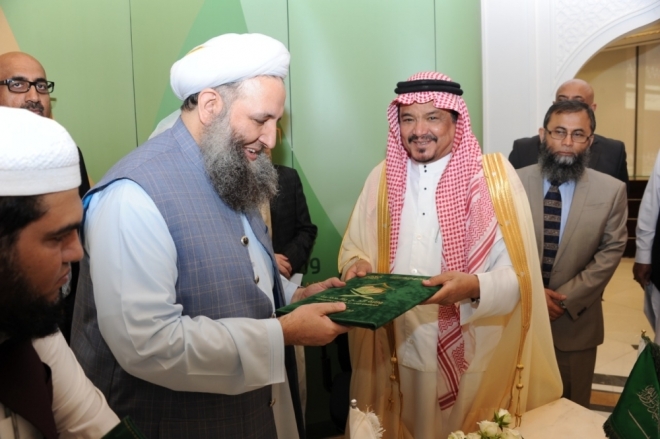 Deputy Minister of Haj and Umrah Dr. Abdulfattah Bin Sulaiman Mashat, Secretary for Haj Affairs Hussain Sherif and other senior officials from the Saudi side while Religious Affairs Secretary Muhammed Mushtaq Ahmad and Director General of Haj Dr. Sajid Yousfani from the Pakistani side attended the discussions held prior to the signing of the agreement.

As part of the Kingdom’s initiative to sign annual bilateral Haj agreements with Islamic countries, the Haj minister received the Pakistani delegation, according to a statement issued by the ministry.

The visiting ministers commended the Haj arrangements made by Saudi Arabia and hailed the services being offered by Kingdom to pilgrims, the statement added.

The Pakistani minister said the effective usage of technology has significantly eased the performance of the Haj ritual.

Pakistan is set to implement E-Haj visa program from the next season.

Pakistan will be included in the Makkah Road scheme to implement Proof of Concept (POC) system for pre-clearance at the Karachi airport, said a senior Pakistan official.

The POC system enables immigration checks in home countries at the time of departure, instead of upon arrival in the Kingdom. The scheme known as the Makkah Road significantly reduces the waiting time for pilgrims at the Saudi airports upon arrival.

The official said 35,000 pilgrims from the Sindh province would be covered in the first phase of the scheme, which will be expanded to other parts of the country subsequently, the official said.