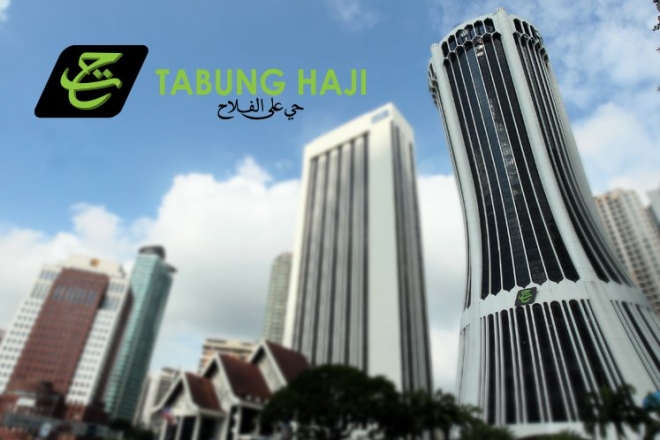 Professor Dr Azmi Hassan of Universiti Teknologi Malaysia said TH should have been placed under BNM’s supervision right from when it was first established to ensure good governance as a deposit-taking institution.

“Placing TH under the Government’s supervision should have been done from the start as TH keeps the deposits and therefore its governance should have been in accordance with the banking law, just like other banks.

“If there was any defect in its governance, it would have been easy for them to reprimand and to correct it,” he told Bernama in an interview today.

Earlier today, Minister in the Prime Minister’s Department Datuk Seri Dr Mujahid Yusof announced that TH would be placed under BNM’s supervision beginning next month to improve its governance.

The move is part of a comprehensive turnaround plan to improve TH’s balance sheet as it had recorded a deficit of RM4.1 billion as of Dec 31, 2017.

The plan includes the establishment of the SPV this month to take over, restore and maximise the recovery of underperforming assets, as well as sales of the assets to improve TH’s financial position.

Azmi said the SPV would ensure that TH’s liabilities are separated, allowing it to focus on providing more efficient hajj pilgrim management.

However, he opined that the SPV would have an impact on depositors’ sentiments as the recovery plan would affect its bonus rates which were usually rather high.

“This is because in accordance with Tabung Haji’s provisions, a bonus cannot be given if its liabilities exceed its assets, so I expect that the bonus will be less following the recovery plan.

“Dividends and bonuses can be given when there is a recovery through the establishment of the SPV, as TH’s assets will exceed its liabilities and in this scenario, dividends can be distributed according to the profits from investments,” he said.

Asked on the proposal by former Pandan Member of Parliament Rafizi Ramli to establish an independent audit team to conduct a comprehensive audit of the management of hajj operations, Azmi said an internal investigation was sufficient.

“This method is more effective as the former chairman, chief executive officer and the upper management will be taken to court following the results of the internal investigation by the new management,” he said.

Meanwhile, Institute for Democracy and Economic Affairs Coordinator Aira Nur Ariana Azhari said having TH under BNM would add a layer of accountability in its governance, which is sorely needed considering what has happened.

“In Norway, for example, their Oil Fund (Norway's Sovereign Wealth Fund) is governed by the Norges Bank Investment Management, which is a unit under the Norwegian Central Bank,” she explained.

Aira said the scale of the mismanagement in TH was shocking as some of the decisions were deliberately planned and carried out against the established rules of corporate governance.

“It also points to the oversight and lack of accountability mechanism in the governance of our Government-linked investment companies.

“Rafizi has been highlighting TH’s mismanagement for the last few years, so I am not surprised at the revelations,” she added.


⇐ Previous:
Pakistan to be included in Makkah Road initiative for Haj pilgrims
Next: ⇒
Hajj terminal eyed in Mindanao