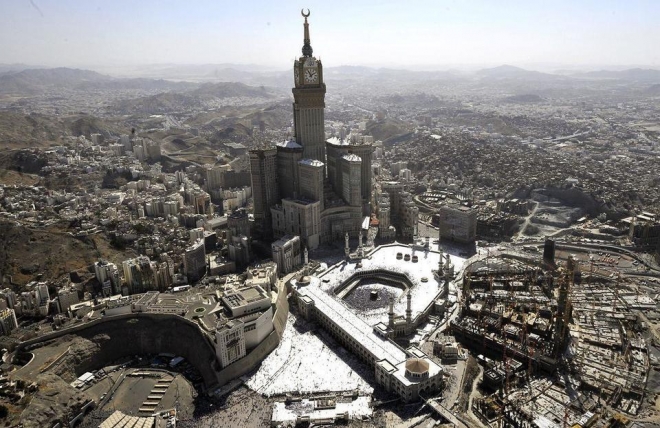 The biggest listed property developer in the holiest city for the Islamic world is failing to lure investors amid a slowdown in the real estate market.

Makkah-based Jabal Omar Development Co’s stock has lost about 40 percent this year, as investors balk at the high level of indebtedness in the industry and concern about the outlook.

The company is also closed to foreign investment and, unlike some others, won’t benefit from inclusion in emerging-markets indexes next year.

Apartment rental prices in Makkah have dropped 5.1 percent and sales are 9.9 percent lower in the first half of the year compared with a year earlier, according to a report from real estate consultancy Jones Lang LaSalle.

Jabal Omar’s holdings include hotels, which have also been under pressure, though the sector could fare better in the second half during the peak season of hajj, the consultants said.

Jabal Omar didn’t reply to a request to comment.

The company’s flagship project is a multi-use mega development within walking distance of the Grand Mosque, the most sacred place of worship for Muslims.

Still, he prefers Jabal Omar to other real estate developers in the country due to its presence in Makkah, where he says the market is seen as more resilient than in Riyadh.