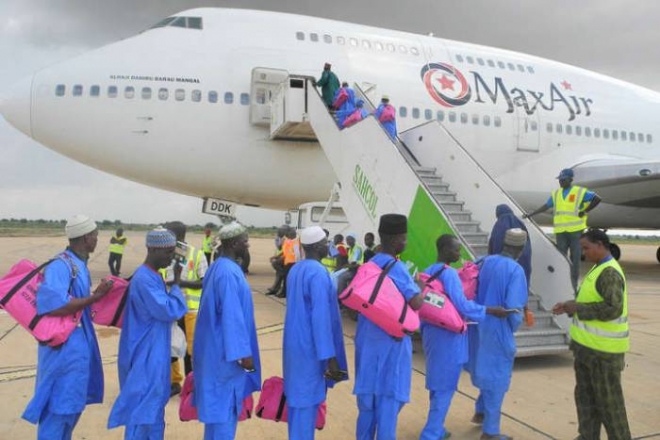 The Saudi Ministry of Hajj and Umrah has allocated 95,000 hajj quotas to Nigeria for the 2019 hajj.

The allocation was ratified on Wednesday during the signing of a Memorandum of Understanding on next year’s hajj in Makkah between Nigeria and Saudi Arabia.

According to a statement by the Head of the Public Affairs Division of the National Hajj Commission of Nigeria (NAHCON), Fatima Sanda Usara, the agreement signing ceremony was conducted at the Ministry of Hajj and Umrah, Makkah, Saudi Arabia, led by Dr Muhammad Saleh bin Taher Benten, the Saudi Arabian Minister of Hajj and Umrah.

The statement said the Minister of State for Foreign Affairs, Khadija Bukar Abba Ibrahim, signed the agreement for Nigeria.

In the agreement, the kingdom allocated 95,000 hajj seats for Nigeria, same as lastyear.

Dr Taher Benten commended NAHCON for the successful management of the 2018 hajj operations and Nigerian pilgrims’ general conduct during the last exercise.

He gave the assurance of the Kingdom’s readiness to assist the Nigerian government and people in making the exercise even easier and more comfortable next year.

Meanwhile, at a technical session co-chaired by Saudi Deputy Minister of Hajj, Dr. Hussain Ibn Naser Alshariff, and NAHCON’s chairman, Abdullahi Mukhtar Muhammad, the commission requested for waiver of 2,000 Saudi Riyals charged on pilgrims participating in Hajj for a repeated time in less than five years and for visa issuance to be made less cumbersome.

“It was also requested that Nigeria be included in the newly introduced arrangement tagged ‘Makkah Road Project’; where pilgrims will undergo all necessary immigration clearance at the airports in their home countries before proceeding to the Holy Land, such that, upon arrival at Saudi airports, they will simply pick their bags and proceed without further scrutiny,” the statement said.

In his response, the Deputy Minister assured the Nigerian delegation that the process of visa issuance would only get better as the Kingdom was keen on seeing to that.

However, to curtail abuse of visa, both parties agreed to work together to address the menace of immigration violators who overstay their permit in the Kingdom.

The Saudi delegation emphasised the rule banning importation of kola nuts into the Kingdom, while calling on the Nigerian delegates to intensify enlightenment over the matter.