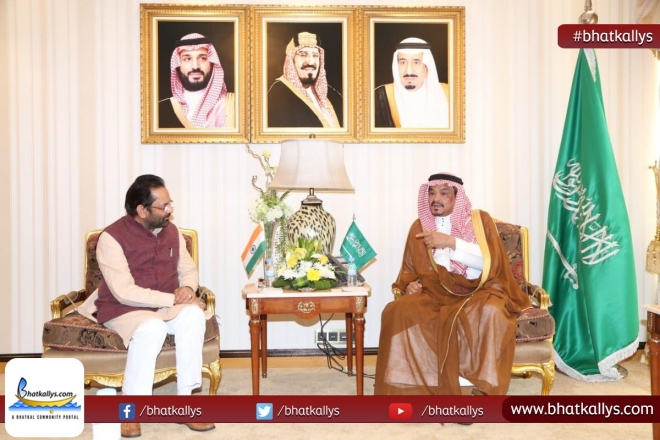 The official delegation congratulated Ministry of Haj and Umrah for successful Haj arrangements in Haj 2018 and held deliberations and discussions on several significant aspects of the forthcoming Haj 2019.

India is amongst the countries which has successfully implemented the online e-path system of Ministry of Haj and Umrah and the Minister has assured his Saudi counterpart India’s full support and cooperation for continued success of e-path in the forthcoming Haj as well as any other ICT initiative of the Ministry of Haj & Umrah.

Among the other issues discussed the Indian Minister requested his Saudi counterpart to increase India’s Haj quota from one lakh seventy thousand to one lakh ninety thousand and hoped that his government will consider India’s request.

Naqvi also added that arrangement for Haj pilgrimage via ships were not possible this year and that for next year the Indian Government will call tenders. While also adding that Indian government started application filing process two-months earlier than usual to make better arrangements for the pilgrims, and also confirmed that about three lakh Haj applications have already been received by the government.