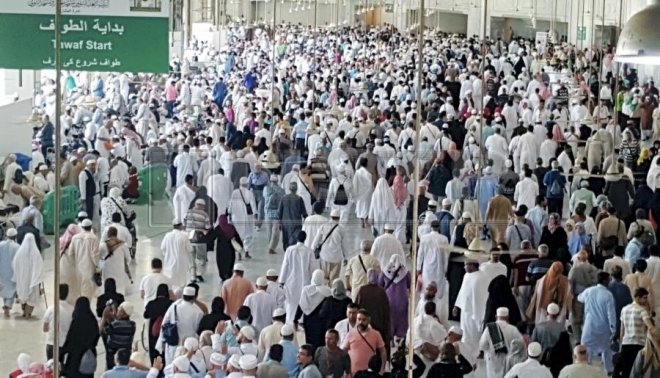 SEPANG: The haj quota for Malaysia remains at 30,200 next year.

Minister in the Prime Minister’s Department Datuk Seri Dr Mujahid Yusof Rawa, however, said, they have submitted a request to the government of Saudi Arabia for a higher quota.

“I have raised the matter with the Saudi Arabia’s Hajj and Umrah minister during the annual meeting of haj ministers held in Jeddah yesterday,” he said.

Mujahid said according to Malaysia’s current population, the quota should be 31,200.

“This is based on the 0.1 percentage of population as set by the Organisation of Islamic Cooperation (OIC) about 10 years ago,” he told reporters at the Kuala Lumpur International Airport (KLIA), here, today.

Mujahid also said the smoothness of the Haj pre-departure programme which was implemented in Malaysia this year would be taken into account by the Saudi Arabia government to continue the initiative for the 2019 haj season.

He added the cost to perform haj would remain at RM9,980.

Mujahid said the Saudi Arabia government had praised and acknowledged the efficiency displayed by Tabung Haji (TH) in handling the pilgrims this year.

“Tabung Haji is one of the world’s best haj management institutions, which was raised during the meeting, and they were impressed by how we manage things as well as the good behaviour of Malaysian pilgrims,” he said.

On conflicting statements that he and former TH chairman Datuk Seri Abdul Azeez Abdul Rahim had made regarding the alleged TH financial issues, Mujahid said his main concern was to heal Tabung Haji.

’We stick to our plan. What is important is for us to heal TH and give the best services to the Muslims,” he said.