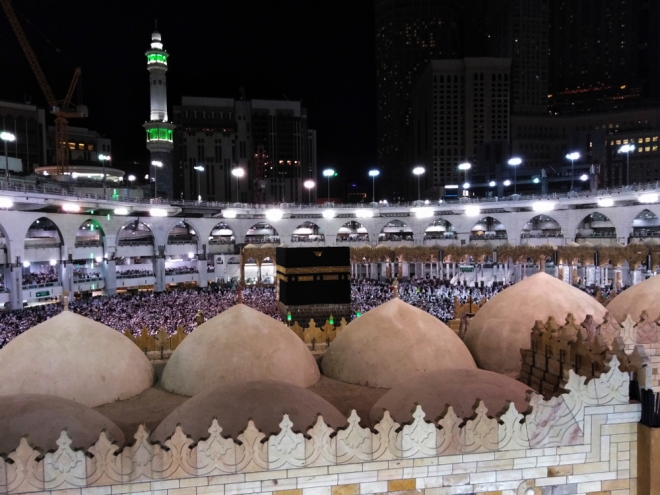 Former officials at a tainted Malaysian state fund aimed at helping Muslims save for their pilgrimage to Mecca were accused Friday of making false statements over land purchases, as the government moved to save the fund from financial collapse.

Plantation company Trurich Resources Sdn Bhd lodged a police report accusing three ex-top officials at Tabung Haji, the state fund, of misleading it in overpriced acquisitions of two palm oil plantations in Indonesia totaling U.S. $58 million, according to a statement from the firm.

“The misrepresentation and withholding of material information were to the detriment of Trurich which was misled to overpaying for both the lands as well as buying back shares it had already paid for,” Trurich said.

The report by Trurich, co-owned by Tabung Haji and the Federal Land Development Authority (Felda), was made at the Dang Wangi district police station in Kuala Lumpur by the company secretary on Thursday.

Former Tabung Haji CEO Ismee Ismail and two ex-chief executive officers of the fund’s plantation arm, Zainal Azwar and Rashidi Omar, as well as two Indonesians – Rajasa Abdurachman and Badai Sakti Daniel -- were accused of misleading the company in the purchase of the palm oil plantations, the statement said.

Abdul Azeez, however, disputed the police reports, saying they were made with bad intentions.

The latest accusations came as the newly elected government of Malaysian Prime Minister Mahathir Mohamad unveiled a plan this week to rescue the financially ailing Tabung Haji, once seen as a model pilgrim fund management system among predominantly Muslim nations.

Under a restructuring plan, the Ministry of Finance will take over nearly U.S. $5 billion of the underperforming assets of the fund, which will come under the supervision of the central bank, starting in January.

It was revealed that the fund had been providing dividends to depositors even though it was reeling from a deficit, underscoring financial mismanagement during the administration of Mahathir’s predecessor, Najib Tun Razak, who is facing a plethora of corruption charges.

Mujahid said the deficit was in violation of the Tabung Haji Act 1995, which stipulates that the assets cannot be lower than its liabilities and there must be distributable profits before it can issue dividends.

“Tabung Haji’s act of declaring dividends since 2014 was not in accordance with the Act, because its assets have been lower than its liabilities,” he told a press conference in parliament on Monday.

Anwar Ibrahim, a key leader of the ruling party who is poised to take over from Mahathir in two years, said placing Tabung Haji under the central bank’s supervision would enable the fund to focus on its primary role of being a savings fund for pilgrims.

“Tabung Haji is an example of how the damage has been inflicted and trust betrayed. It is not the fault of the institution, nor investors, but the management that misused power to rob the people and action should be taken against them,” Malaysiakini, an online publication, quoted Anwar as saying.

Launched in 1963, the 55-year old Islamic fund was set up to manage the Muslim community’s savings for the Hajj pilgrimage that is free from interest in the form of usury, which is frowned upon under Islamic law.

Given the reverence placed upon the institution by the Muslim community, the revelations struck a raw nerve with many lifelong depositors angry with the way the fund was being managed.

Ferut Umar, a 58-year-old housewife in Penang, expressed her frustration with the fund’s previous board, calling them liars and betrayer of the public.

“But more frustrating is there are still people out there who are skeptical and refuse to believe that those people on the Tabung Haji board wronged them in managing the funds,” she told BenarNews.

She, however, intends to keep her money in Tabung Haji despite the revelation, saying she had faith in the new management to turn the institution around.

Commenting on the turnaround plan, Nazari Ismail, a senior business strategy and policy expert at Universiti Malaya, said it would be challenging for Tabung Haji to generate the same amount of returns as in the past of around 8 percent, especially since the economy was not doing too well.

“But even if the returns are low, the public will be aware that it is reflective of the true performance of TH [Tabung Haji] and will not be too upset in the future,” Nazari told BenarNews.