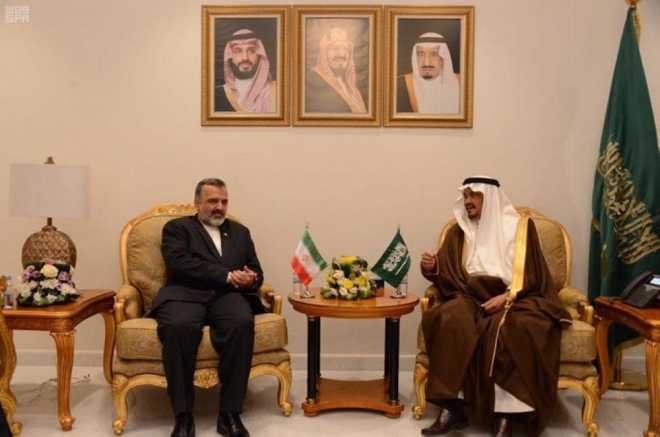 MAKKAH – Minister of Haj and Umrah Muhammad Saleh Benten received Ali Riza Rasheed, head of the Iranian Haj and Visit Organization, and the accompanying delegation at his office in Makkah on Tuesday.

During the meeting, they discussed issues pertaining to Iranian pilgrims.

He said the government of Saudi Arabia is very keen on providing the best possible services and facilities to Haj pilgrims so as to enable them to perform their rituals in ease and comfort.

On his part, the Iranian official thanked the Kingdom’s efforts in serving the pilgrims and the Two Holy Mosques. -- SG/SPA