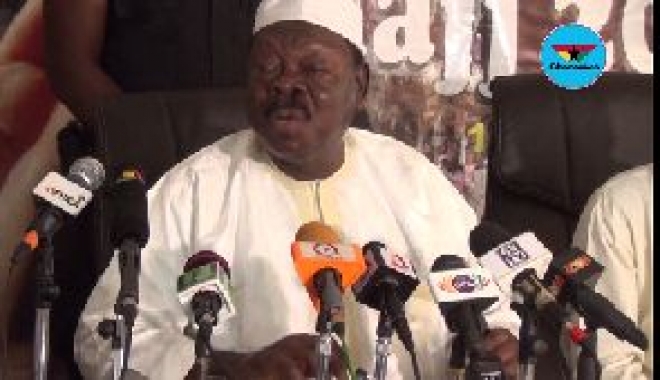 The National Hajj Board has lauded the Akufo-Addo led government for its massive contribution to the success of the 2018 hajj.

The Board which was reviewing its accomplishments for the year was optimistic that although some few challenges were recorded, the outstanding achievements chalked before, during and after the annual pilgrim makes the 2018 trip the most successful ever in the history of the country.

Briefing the press at a thanksgiving service session organised by the board, Chairman of the Hajj Board, Sheikh I. C. Quaye said the provision of free medical health screening by the medical team of the Pilgrim’s Affairs Office of Ghana, protection by peacekeeping security men and women and free meals by the committee were all available without additional cost to the pilgrims.

According to him, these can be attributed to the decision by government to raise Hajj operations to the national level because of its national security implications.

“The unconditional support offered to the board and the pilgrims by the president Akufo-Addo and his vice president, Dr Mahamudu Bawumia was the reason we achieved so much. These achievements include the fact that no pilgrim was left behind and no debt incurred after the trip. The committee also ensured that no pilgrim slept over night at the hajj village as was the case before 2017. Also, allocation of hotels rooms and distribution of meals was perfectly planned and executed with very little or no complaints. Finally, the release of passports with visas to hajj agents almost two weeks prior to the scheduled departure is also something that has never happened in the history of Hajj in Ghana.”

Listing some challenges that occurred which the board was working to prevent in future, Sheikh I. C. Quaye said the communication directorate will continue to work around the clock to prevent any political propaganda which will be associated with the hajj pilgrim.

He also stated that the carrying of prohibited goods and items on the trip continuous to be a problem the board was dealing with.

“The case of elderly people performing the hajj without a guide poses several challenges which the board will give special attention to in 2019 and beyond. Also of great concern is the carrying of prohibited goods usually by business men and women during the trip who connive with officials at the various check points. We pledge to end these practices with support from the relevant agencies.” He added.

The 2018 Hajj officially began from Sunday, August 19 to Friday, August 24, and had over three million Muslims gathering in the Holy City of Makkah, Saudi Arabia.