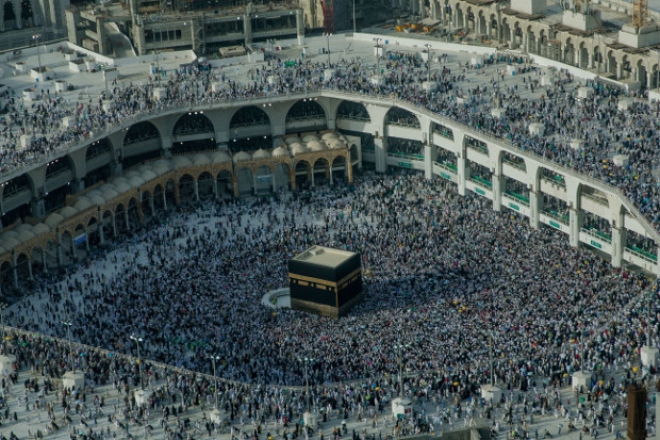 Malaysia’s anti-graft agency said Tuesday it had arrested the former chairman of a state fund whose mission is to help Muslims save for their pilgrimage to Mecca following an investigation into alleged money laundering.

Abdul Azeez Abdul Rahim, who chaired the Tabung Haji fund, and his brother, Abdul Latif Abdul Rahim, were both detained by the Malaysian Anti-Corruption Commission and were to be charged Wednesday, MACC officials said.

“[MACC] today detained Baling Member of Parliament Abdul Azeez Abdul Rahim, together with his brother Abdul Latif Abdul Rahim, in relation to the investigation of corruption and money laundering after receiving the go ahead to charge them from the Attorney-General’s Chambers,” the agency said in a statement.

“The duo will be charged at the Kuala Lumpur Sessions Court tomorrow (Jan. 16) under the MACC Act of 2009 and the Anti-Money Laundering, Anti-Terrorism and Financing and Proceeds of Unlawful Activities Act of 2001,” it added.

Meanwhile, a source close to the investigation who asked to not be identified said investigators had summoned Abdul Azeez on Tuesday to question him about money-laundering allegations.

“We believe that he received a huge sum of money from contractors who sought projects with the previous government,” the source told BenarNews. Bribes and funds tied to money laundering allegedly totaled 140 million ringgit (U.S. $34.1 million).

Abdul Azeez chaired Tabung Haji under the previous government of Prime Minister Najib Razak, who lost power when his Barisan Nasional coalition was upset in the May 2018 general election. Najib faces dozens of criminal charges tied to allegations that he took millions of dollars from the beleaguered 1MDB state development fund.

The brothers’ arrests followed an investigation dating back to September 2018 when a magistrate approved MACC’s request to remand them for six days as it investigated Tabung Haji contracts.

In addition, MACC has investigated other leaders of the fund as well.

Ismee Ismail, the former CEO of Tabung Haji, and two ex-chief executive officers of the fund’s plantation arm, along with two Indonesians were accused of misleading the company in the purchase of the palm oil plantations, the statement said.

Five days later, a Malaysian court ordered a four-day remand for Adi Azuan Abdul Ghani, Tabung Haji’s chief operating officer, who is suspected of using his position to employ an interior decorator appointed by the fund to do renovation work at his residence.

MACC sources who requested anonymity told BenarNews that Adi was being held for receiving a gratuity in the form of a home renovation valued at 400,000 ringgit (U.S. $95,700). The bribe was allegedly given as a kickback after a company secured a project valued at 15 million ringgit ($3.6 million).

One month earlier, Tabung Haji itself lodged two police reports against Ismee and Abdul Azeez along with several other senior management personnel alleging financial misconduct. Abdul Azeez disputed the police reports, saying they were made with bad intentions.


⇐ Previous:
Interviews for Khadim-ul-Hajaj to start from Jan 17
Next: ⇒
Work to widen western plaza of Prophet’s Mosque begins