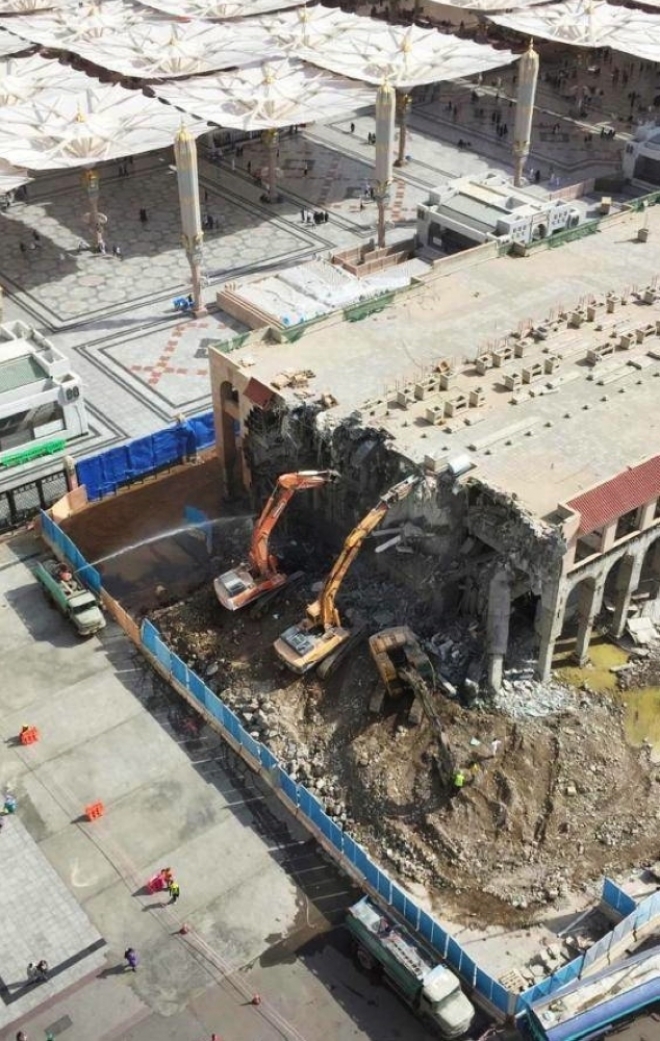 MADINAH — Work has started on the expansion of the outside plazas of the Prophet's Mosque to the western side.

The Madinah Development Authority has demolished all buildings west of the mosque except the Al-Salam Museum.

The expansion will cover Souq Al-Manakha market, which will be connected to the Prophet's Mosque.

According to the authority, the demolition work will continue for 15 days and all gates of the external courtyard from exit No. 8 to exit No. 15 will remain closed during the period.

The municipality asked the owners of the kiosks at Souq Al-Manakha to shift to other locations.

Emir of Madinah Prince Faisal Bin Salman has asked the municipality and the authority to coordinate efforts to identify suitable locations to shift the kiosks run by Saudi men and women in Souq Al-Manakha.