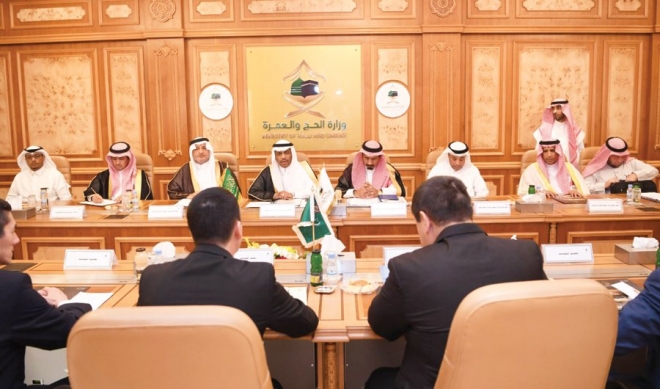 JEDDAH: Dr. Abdul Fattah bin Suleiman Mashat, deputy minister of Hajj and Umrah, received two foreign delegations at his office in Jeddah. One was led by the deputy mufti of Turkmenistan, Rahmonov Gouli, and the other by the representative of the secretary-general of the Committee on the Promotion of Hajj Affairs in Thailand, Sak Shai Ting Hu.

Several topics of common interest in the field of Hajj regarding the services and facilities provided for the pilgrims and supervised by the Ministry of Hajj and Umrah were discussed in the two meetings.

The deputy Hajj minister noted that all relevant Saudi authorities are continuously working according to an integrated system that offers the best services to pilgrims and visitors of the Prophet’s Mosque, and in line with the directions of King Salman and Crown Prince Mohammed bin Salman to allow pilgrims to perform their Hajj with ease and peace.

Gouli and Ting Hu praised the efforts of the king’s government to ease Hajj for pilgrims and allow them to perform their rituals in a peaceful spiritual atmosphere.