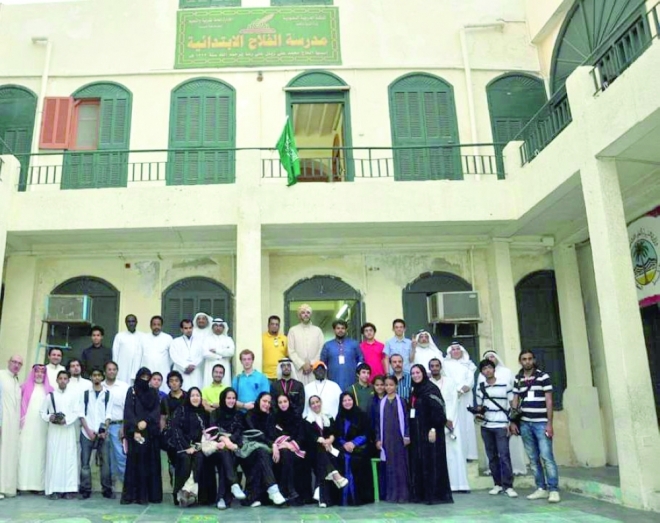 It said as many as 150 Saudi women, who have studied tourism guidance and graduated as early as 2012, have applied already for the license.

Sattam Al-Balawi, chairman of the Saudi society for tourist guides, said the commission has already started practical steps to issue the women with the licenses.

He said the first training sessions qualifying women to obtain the licenses was held in Tabuk.

He explained that an applicant should not be less than 23 years of age, be medically fit, should pass the commission's qualifying tests and should have successfully attended training sessions in first aid.

Emad Manshi, professor of tourism management at King Saud University in Riyadh, said, "Saudi women have the necessary education and the required skills to work as tourist guides and will succeed in the field. International experiences show that women constitute the biggest chunk of tourism industry and they are excellent in hospitality and arranging tours," he said.

He added that women usually are meticulous and focus on the details.

Manshi said the rate of Saudization of jobs in the tourist sector is only 28.1 percent at present, which poses a grave challenge to officials in charge of tourism in the Kingdom.

He called for expanding scholarships to study tourism for both Saudi men and women so as to be able to nationalize jobs in this sector.

Abeer Abu Solaiman, a female tourist guide, said the profession of tourist guide in the Kingdom began in Jeddah in 2011 when she established a group named the "heart of historic Jeddah" to revive the architectural heritage of downtown Jeddah and make efforts to spread the culture of preserving it.

She said she depended entirely on her personal efforts to build her own skills and to set up a data base from talking to the owners of the old houses.

Solaiman said she faced a number of difficulties and problems from male tour guides who would not easily accept her among them.

Solaiman speaks fluent English, French, Spanish, Italian and Arabic. She said it would be easy for her to work as tourist guide when she obtains her license.

Areej Falatah, another aspiring tour guide, said she worked for five years in areas away from her specialization. she will now be able to work as a tour guide when she is given the license.

Azhar Al-Azuori said Saudi women had made fabulous imprints on tourism though their number was small through organizing conferences and conducting family tours.

"We will further excel when we receive licenses to work as proper tourist guides," she said.

Meanwhile, the SCTH is working to give licenses to three private museums in Makkah, which will join five others already existing in the city.

"The eight private museums together will constitute a tourist and a cultural wealth in the holy city," said the commission's director in Makkah, Hisham Bin Mohammed Madani.

He explained that the five licensed museums in Makkah are the Human Heritage, the Makkawi Tourist Home, the Islamic Dinar, Al-Amoudi and Khundanah Museum.