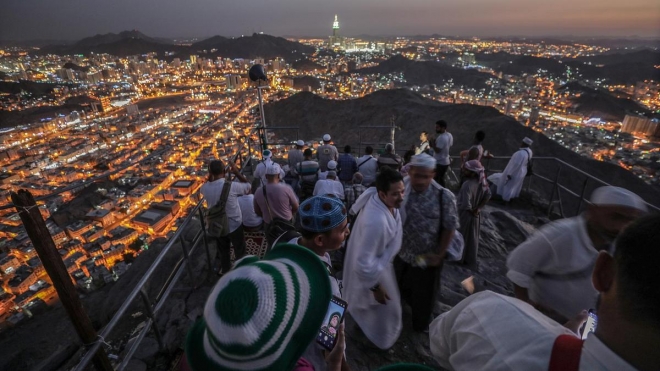 According to details, the Pakistani woman was in Saudi Arabia to perform Umrah when she met her fate.

When the woman went to the Hira cave for Tawaf, a rock from the cave hit her head.

The woman succumbed to her injury at the spot and died.

Rescue teams reached the scene upon receiving the information. The dead body of the deceased was shifted to the mortuary of a nearby hospital.

The police has started investigation into the case.

Millions of Pakistanis offer their pilgrimage at the Holy Makkah.

Pakistani pilgrims top of the list for performing Umrah last year, leaving behind India, Indonesia, Yemen and other countries.