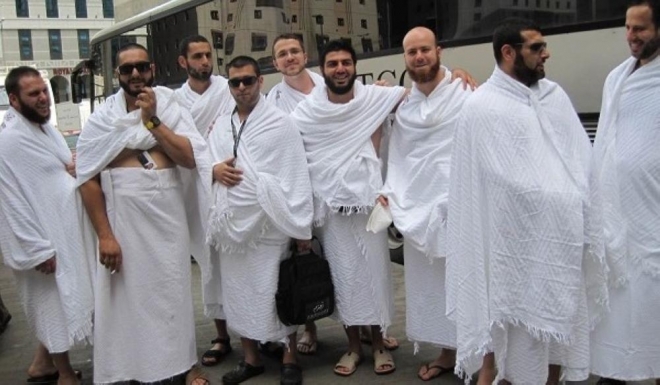 Almost 98 present of the two-piece ihram clothing sold in the Kingdom are imported, the Arabic daily Al-Watan reported on Tuesday quoting the Saudi Arabian Standards, Metrology and Quality Organization (SASO).

The organization said only about 2 percent of the clothing is manufactured in the Kingdom.

A study, conducted by SASO's research and study center, said about 73 percent of the ihrams sold in the Kingdom were not according to the standards and specifications. It said some of the cloth is not biodegradable as polyester threads are used in their manufacture.

The center collected about 100 samples from nine exporting countries and carried out 14 tests on them in the past six months.

The study also investigated the relationship between the chemical and physical features of the ihram clothing and their impact on humidity.

The study said all the tested samples did not offer protection from ultra-violet rays and they were not resistant to bacteria.

It said the ihrams made out of cotton threads decompose within 60 days while those made up of polyester are not bio-degradable.

The study said about 50 percent of the samples could not stand the strain tests while about 41 percent of them were of a lower quality than specified.

Ihram is a state of consecration a pilgrim is in during the Haj and Umrah. Before entering ihram, male pilgrims are obliged to wear only two pieces of un-hemmed sheets.