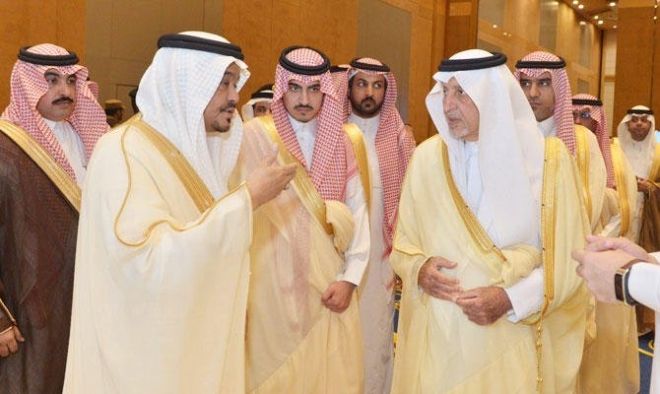 Called “How to Develop Cities to Serve the Hajj and Umrah,” the forum was the first of its kind for over 12 years. In that time, the prince said, the Kingdom has made great strides forward in developing innovative, creative ways of improving pilgrimages, and now welcomed people from across the Islamic world “with a smile,” but now needed to do more, and not rest on its laurels.

Prince Khaled, who chaired the forum, announced the launch of four new initiatives as part of a drive to modernize Hajj and Umrah. He also signed off on a number of smaller agreements between the city of Makkah, several Saudi universities, and the ministries of Islamic Affairs and Hajj and Umrah, to improve organization of the pilgrimages and the provision of services to participants.

The four initiatives, drawn up with the Ministry of Hajj and Umrah included establishing a training center, and ratifying a code of ethics and conduct, for government employees working on pilgrimages, refining and improving the Yusr app for Hajj and Umrah pilgrims, and supporting the Sadiq Al-Moatamir (Friend of the Pilgrim) initiative, which has so far trained over 1 million Hajj volunteers.

Dr. Abdul Fattah bin Suleiman Mashat, deputy minister for Hajj and Umrah, stressed that serving pilgrims was a top priority for the Kingdom.

“Since its inception, Saudi Arabia has served pilgrims; it is one of our most important founding principles. We aim to motivate Muslims and make it easier for them to perform the Hajj and Umrah rituals, and encourage investors to help serve pilgrims,” he said, adding that in all the initiatives, sustainability in supporting businesses, citizens and pilgrims on Hajj and Umrah was essential.

To ensure this, he said, the forum would need to “think outside the box,” and adopt measures to oversee and “incubate” all of the agreed initiatives, providing assistance and consultations.

The ceremony concluded with the additional signing of nine agreements between government agencies and private organizations, including a memorandum of strategic cooperation between ministries as part of the Hajj training center initiative.

There were also agreements to finance shaded parking spaces, smart guide boards and air-conditioned lounges to accommodate pilgrims, and a number of other developments related to improving infrastructure in Makkah, Jeddah and elsewhere, between, among others, the cities’ authorities, the Ministry of Islamic Affairs and the Saudi Electricity Co.