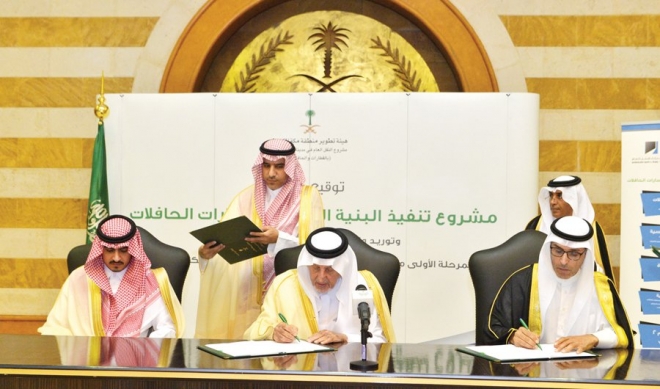 The contract, which is part of the first phase of a public transport project for the holy city, was signed in the presence of Deputy Makkah Gov. Prince Badr bin Sultan.

The project will be implemented under the supervision of the Makkah Region Development Authority.

The project will cost an estimated $87 million and will be completed within 18 months.

Implementation includes the installation of 500 bus stops and bus stop shelters, in addition to signposts identifying the wider bus network.

Bus stops will span most Makkah neighborhoods and facilities, including malls, schools and hospitals, and will incorporate both Islamic and modern design.

The project includes four main stations around the Grand Mosque that will include platforms for boarding and disembarking.

The project also includes the construction of 35,000 square meters of asphalt sidewalks and seven pedestrian bridges, which will include elevators for the disabled and staircases.

In addition, the new transport project will be linked to a high-tech system that streamlines traffic.