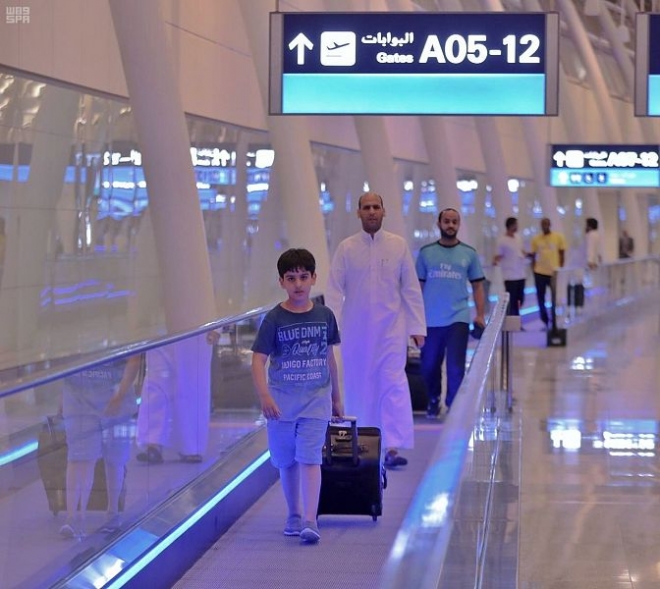 JEDDAH: Passenger traffic at King Abdul Aziz International Airport (KAIA) in Jeddah hit a new record in 2018, with 41.2 million people traveling through, the highest annual number in its history.

The number rose by 20 percent compared with 2017, in which there were 34 million passengers.

KAIA's statistical report for 2018 showed that the airport handled 340,333 flights.

The South Terminal saw its highest number of passengers in 2018, with 23.1 million people traveling through it, aboard 197,314 flights, while 10.5 million passengers traveled through the North Terminal and boarded 90,855 flights.

The airport’s general director, Essam bin Fouad Nour, said that the economic renaissance in Saudi Arabia and visits by pilgrims to the holy places via KAIA, which serves as the gate to the Two Holy Mosques, had made it a vital departure point for passengers and international airlines.

He added: “I expect the airport to see additional growth in the coming years.”

Nour said that in addition to operating beyond its current capacity, KAIA has seen its highest air traffic in 2018. “The air traffic is continuously growing, especially during Hajj and Umrah seasons,” he said.

“Tourism inflows, economic activity and the number of carriers wishing to operate from and to KAIA have increased in 2018,” he said. The rise in air traffic and growing numbers of passengers and aircraft are a major challenge for KAIA during the transition to the new terminal as it has a responsibility to the continuity of service delivery with high efficiency until the full operation of the new Terminal 1.

“The General Authority of Civil Aviation (GACA) was quick to implement this ambitious project, which is a paradigm shift in the region’s air transport market and a quantum leap toward global competitiveness in the airport market,” he said.


⇐ Previous:
Centre to introduce new Haj policy this year- The New Indian Express
Next: ⇒
Why Muslims from around the world should remember the Holocaust