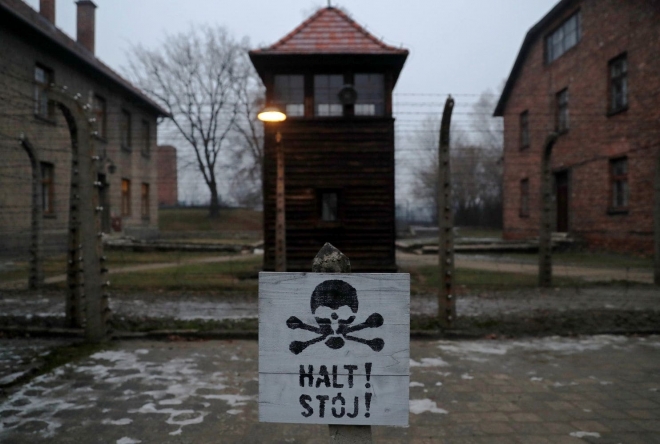 Seventy-four years ago, the gates of the Auschwitz death camp were torn down, and the Nazis could no longer hide their heinous crimes. For decades, however, some have chosen not to see what really happened wherever the Nazis and their henchmen wielded power. Instead, they deny the horrors of a diabolical plan to implement a hateful idea of racial purity that ultimately led to the murder of millions of innocent men, women and children — including six million Jews.

But denying this history has only helped those who continue to perpetrate hateful ideas of racial, ethnic or religious purity, such as the genocidal killers of the Rohingya people in Myanmar, which is also known as Burma. The lessons of Holocaust are universal and Muslims around the world have a responsibility to learn them, heed the warnings and join the international commitment to ensure “never again.”

One year ago, as International Holocaust Remembrance Day approached, I wrote a letter to Sara Bloomfield, director of the U.S. Holocaust Memorial Museum, on behalf of the Muslim World League, an organization that represents more than 1 billion Muslims from the four corners of the world. In that letter, I expressed “our great sympathy with the victims of the Holocaust, an incident that shook humanity to the core, and created an event whose horrors could not be denied or underrated by any fair-minded or peace-loving person.”

I added: “True Islam is against these crimes. It classifies them in the highest degree of penal sanctions and among the worst human atrocities ever. One would ask, who in his right mind would accept, sympathize, or even diminish the extent of this brutal crime? We consider any denial of the Holocaust or minimizing of its effect a crime to distort history and an insult to the dignity of those innocent souls who have perished. It is also an affront to us all since we share the same human soul and spiritual bonds.”

That letter, which was immediately posted in both Arabicand Englishon the website of the Muslim World League, triggered a historic reckoning with the tragedy of the Holocaust. I received a flood of calls, text messages, emails and letters from Muslim religious scholars endorsing the view I had expressed. Not a single reputable scholar has stood up to oppose this view. None could dispute the indisputable.

Then, in May, I came to Washington to visit the Holocaust Memorial Museum. As the director escorted me through the exhibition, I saw for myself the mountains of evidence — the videos, the photos, the placards, the interviews, the memorabilia — that testify to the historic truth of the Holocaust. One doesn’t have to go to the museum to recognize the enormity of the Holocaust — but no one who does come to the museum can deny it. It continues to be one of the most powerful and moving experiences of my life.

I urge all Muslims to learn the history of the Holocaust, to visit memorials and museums to this horrific event, and to teach its lessons to their children. As adherents to a faith committed to tolerance, coexistence and respect for the dignity of all mankind, we share a responsibility to confront those who would carry Adolf Hitler’s torch today, and to join hands with people of goodwill of all nations and faiths to prevent genocide wherever it threatens innocent lives.

We can only do this if we are armed with the truth. We Muslims share the sentimentexpressed by Elie Wiesel in the words engraved in stone on the walls of the Holocaust Museum, “For the dead and the living, we must bear witness. “ As the Holy Quran commands, “O you, who believe, be upright for God and be bearers of witness with justice!”

On this sacred day of remembrance, let us all be bearers of witness with justice.

Mohammad Al-Issa is secretary-general of the Muslim World League and president of the International Organization of Muslim Scholars, based in Mecca, Saudi Arabia.