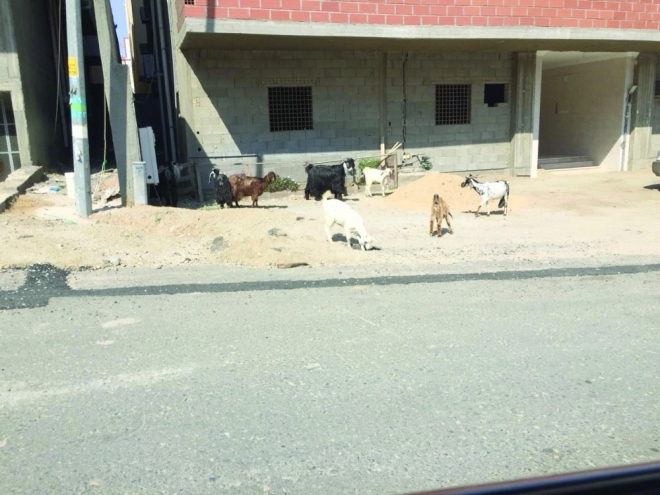 MAKKAH — The residents of the No. 12 residential plot in Al-Sharie district of Makkah are complaining that goats and sheep let loose in their neighborhood have been annoying them.

They also said lampposts lying on the ground is causing visual pollution in the area, marring the beauty of the place.

A number of residents said the lampposts were lying on the ground for more than six months with the concerned authorities paying no attention to erect them.

Mansour Al-Jabri, Mohammed Al-Otaibi and Hamdan Saad said they filed a number of complaints to the municipality about the problem but nothing was done so far to rectify the situation.

They said the goat barns scattered haphazardly in the area have caused a bad smell, which may pose an environmental catastrophe and threaten their children with various diseases.

They said the project to light their neighborhood slackened for a long time and the lampposts were left to idle in the streets.

The residents said the pavements that the municipality had promised to build were also not completed.


⇐ Previous:
Dozens rescued from flooding as heavy rain shuts schools and roads in Saudi Arabia
Next: ⇒
Rains cause havoc in Madinah