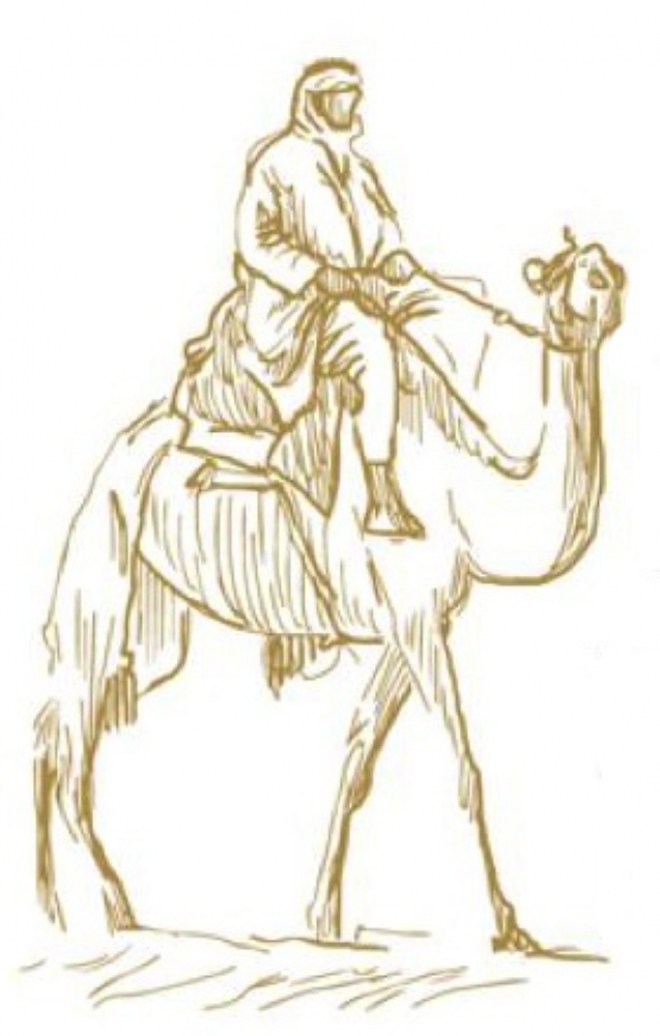 MAKKAH — The Ministry of Haj and Umrah is currently giving final touches to a fascinating project that will allow pilgrims and visitors as well as citizens and residents of the Kingdom to travel to Madinah on camels following the route that the Prophet Muhammad (peace be upon him) had taken during his Hijrah (migration) to Madinah, according to a report in Makkah Arabic daily.

The ministry said it had agreed to launch the initiative in collaboration with the Royal Commission for Makkah and the Holy Sites.

The project includes the development of 27 points on the Hijra Road consisting of hotels, rest houses, museums and others.

Under the initiative, titled the Road to Thaniyat Al-Wada, a plateau near Madinah, the travelers will be able to tread the same route that the Prophet (peace be upon him) had taken during his migration from Makkah in 622 AD.

The caravan will start from Ghar Thor, the cave on Mount Thor in Makkah where the Prophet and his closest companion Abu Bakr (may Allah be pleased with him) had stayed hiding from the eyes of the enemy plotters for about three days before setting out on their journey to Yathrib, which would become famous as Al-Madinah Al-Munawwara, the enlightened city, after the Prophet settled there. The caravan will then stop at the location of the tent of Umm Maabad, who had hosted the Prophet on his way to Yathrib and where he had milked her sheep.

Umm Maabad’s place used to provide generous hospitality to travelers, but that was a year of scarcity with little rain. The drought had adversely affected people and cattle and Umm Maabad had no food to offer to her visitors. But when the Prophet rubbed the udders of Umm Maabad’s, milk came gushing and everyone drank to their fill. The incident has come to be known as a miracle of the Prophet (peace be upon him).

The caravan will then pass through the location where Suraqa Bin Malik met the Prophet. Suraqa had reached the location after following the Prophet’s footprints in the hope of winning the reward the Quraish had placed on his head.

It will also go through the site where the camel had tumbled down and then took a shortcut pointed out to the Prophet by the Bedouin guide Masoud Al-Aslami.

The caravan will stop at Thaniyat Al-Wada completing the journey to Madinah.

The ministry said there would be alternatives other than camels to reach Madinah taking the route, such as 4-wheel drive vehicles, fire balloons and motorbikes.

When the Prophet reached Quba on the outskirts of Yathrib on the 8th day of Rabiul Awwal, he had already traveled for eight days. The Hijra Road, which was known as the caravan road in olden times, is 380 kilometers long.