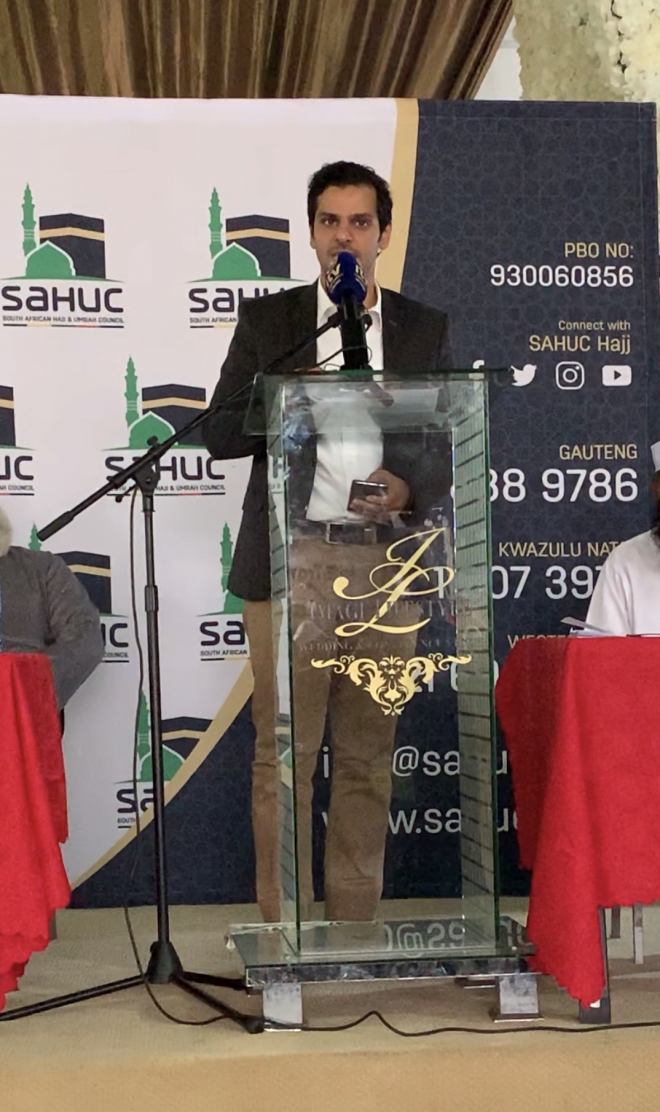 The Royal Embassy of Saudi Arabia in South Africa says the Kingdom of Saudi Arabia has made a number of improvements in the country to welcome even more Muslims across the world for Hajj and Umrah.

A representative from the embassy was speaking at the South African Hajj and Umrah Council (Sahuc) roadshow at the Image Lifestyle Centre in Fordsburg on Saturday.

The Sahuc roadshow is a hajj awareness event that features hajj packages by various travel agents for accredited hujjaj, hajj lectures and advice, including new regulations as set out by the Hajj ministry in Saudi Arabia.

Addressing a huge crowd, first secretary of the Royal Embassy of Saudi Arabia Ali Alshehri says the Kingdom has put in a lot of effort to make Hajj and Umrah easier for pilgrims across the globe.

“We have the expansion of the two holy mosques, we have developed and increased the capacity of the airport, and we have also launched the Makkah Metro rail project and the continuation of the high speed train project and the Haramain train as well.”

Alshehri says Saudi Arabia has also facilitated the ease at which pilgrims can access the two holy mosques.

“Thanks to Allah the number of Pilgrims from outside of the Kingdom has doubled, at least 3 million pilgrims and last year it was about 3,500 from South Africa.”

Alshehri says the Kingdom is looking forward to hosting Muslims from across the world for Hajj 2019/1440.