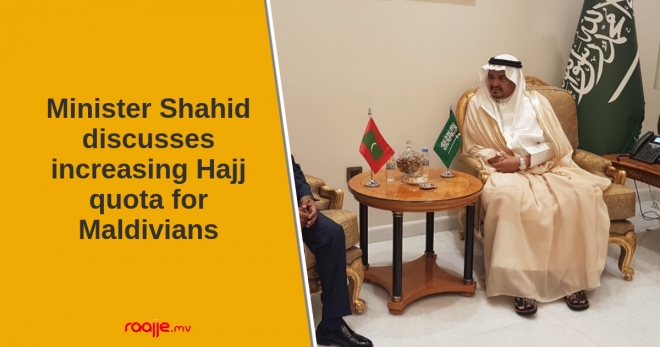 The Maldivian government has asked Saudi Arabia to increase the quota of Maldivians allowed to make annual Hajj trips, the Ministry of Foreign Affairs says.

Foreign Minister Abdulla Shahid met with Saudi Minister for Hajj and Umrah, Muhammad Bantan, and discussed the matter, although no formal conclusions have yet been announced.

Foreign Minister Shahid has met with Saudi ministers for commerce and foreign affairs, as well as chairman of the Saudi Fund for Development.