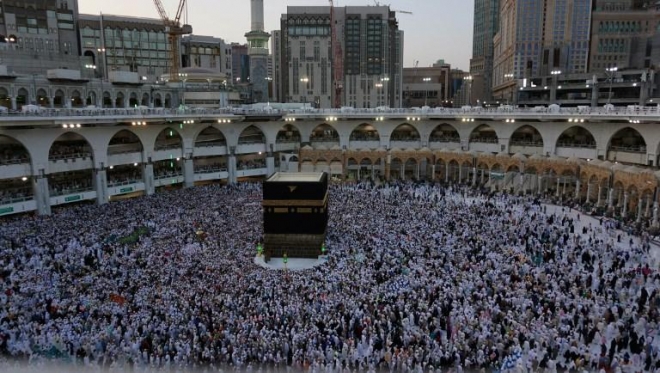 Steps taken by the Philippine government have resulted in an “unprecedented” reduction in Hajj fees and better accommodation for Filipino pilgrims, he added.

In an advisory released earlier this month, the NCMF announced that starting this year, “there will be changes for the benefit of all intending pilgrims in the annual Hajj or pilgrimage to Saudi Arabia.”

Among these changes is the assurance that Filipino pilgrims will only be accommodated in four- and five-star hotels in Madinah and Makkah, with adequate shuttle services to and from the places of Hajj rituals.

“Everyone is assured that the past experience of substandard hotel accommodations for Filipinos will never be experienced again,” said Pangarungan, who will serve as official head of the Philippine pilgrims’ delegation this year.

The reduced fees come with the entry of a third airline that will transport Filipino Hajj pilgrims, after the Kingdom agreed to waive its two-airline policy for the Philippines.

In January, he and other NCMF officials traveled to Saudi Arabia and met with Deputy Minister for Hajj and Umrah Dr. Sharief Housnie.

During the meeting, Pangarungan explained the financial limitations of Muslim Filipinos, and negotiated for the landing rights of another airline that will shuttle pilgrims from the Philippines. The Saudi government heeded the request.

Pangarungan said the airfare rates of the third airline, Oman Air, is significantly lower than both Saudia and PAL.

Also at the meeting, the NCMF got assurances that Filipino pilgrims would only be accommodated in four- or five-star hotels. This year, Saudi Arabia has allocated a quota of 8,000 Hajj visas for Filipino pilgrims.

Ebra Moxsir, president of the Imam Council of the Philippines (ICP), welcomed the changes, saying they will allow more Filipino Muslims to perform Hajj.

“We can’t expect everyone to be satisfied with these changes, but it’s still good news,” Moxsir told Arab News. “If you’re a Muslim who has the financial capability, it’s mandatory to perform Hajj even once in your life.”

Journalist Ali Macabalang, who has gone to Makkah twice to cover Hajj, said in the past, due to schemes by “some unscrupulous officials and individuals,” Filipino pilgrims had to pay more.

“While collected funds were enough to put them in good hotels, our pilgrims would end up in crowded dormitories … One room that could accommodate four people would have eight to 12 occupants,” Macabalang said.

“Each of the pilgrims paid for separate rooms … but they end up in cramped dormitories … So it’s really a welcome development what the present leadership is introducing this year.”

Huma Ahmad, who was among Filipino pilgrims last year, said the reduced fees are “good news for those who’ll join the Hajj this year. Hopefully it’ll be a success for all pilgrims.”

Of the estimated 10 million Muslims in the Philippines, on average 7,000 join the pilgrimage each year. Macabalang said the new changes will enable more fellow Muslim Filipinos to perform Hajj.

Some Filipino pilgrims even sell their property to raise funds to perform the pilgrimage, he added.

“It’s unfortunate that some unscrupulous individuals were using it (Hajj) to take advantage of the pilgrims,” he said.

Philippine pilgrims were almost barred from this year’s pilgrimage due to an NCMF debt of 11 million pesos owed to a Saudi tourism company that handled Hajj-related activities for Filipino pilgrims in 2017 and 2018.

Dimapuno Alonto Datu Ramos Jr., director of the NCMF bureau of external relations, said: “This debt, if it remained unpaid, would’ve been enough grounds to block all Philippine pilgrims from joining the Hajj.”

Pangarungan, who became NCMF secretary in July last year, immediately called for an investigation upon learning of the issue, said Ramos Jr.

He added that Pangarungan ordered that the amount be settled so it would not affect those joining the pilgrimage in August.

“If the final report will prove that there’s sufficient evidence of corruption, a case will be filed at the ombudsman,” Ramos Jr. said, adding that initial reports from the investigation indicate that funds were mismanaged by some NCMF officials.

Relations between the Philippines and Saudi Arabia stretch back almost five decades, with total trade of around $1.25 billion in 2017. The Kingdom hosts almost a million Filipino workers.