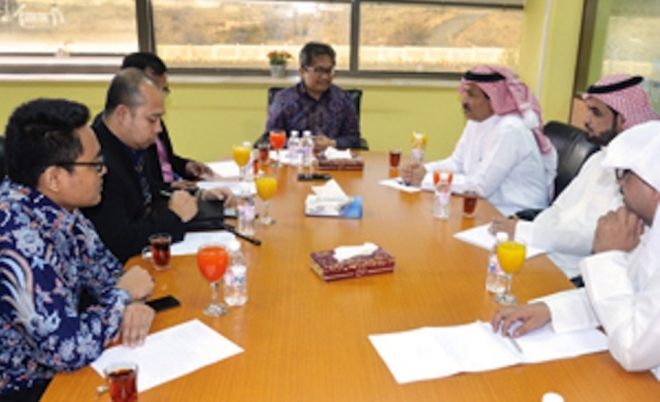 ABHA — As many as 221,000 Indonesian pilgrims perform Haj and more than 1.2 million come for Umrah every year, according to Dr. Mohamad Hery Saripudin, the country's consul general in Jeddah.

"In all, more than 1.4 million Indonesians visit the Kingdom every year for Haj or Umrah alone," he said.

The consul general, speaking during a visit to Abha recently, said 28 Indonesian students were accepted at King Khalid University in Asir as a first batch of Indonesians to study religious subjects at the university.

"These students, who are studying under scholarships provided by the Saudi government, will be followed by 200 other students," Saripudin said hoping that the number of students from his country would further increase in all Saudi universities.

Saripudin described the relationships between Indonesia and Saudi Arabia to be historical and very close. "These relationships were further consolidated by the visit of Custodian of the Two Holy Mosques King Salman to Jakarta at the end of 2017," he added.

"The strategic ties are continuously developing in all fields," he said, adding that his country, which has a population of more than 230 million people, strongly supports the Kingdom's Vision 2030 reform goals.

"The Kingdom is the heart of the Islamic world," he said.

The consul general also visited the headquarters of Al-Watan Arabic newspaper and met with the journalists during his tour of the Asir region.