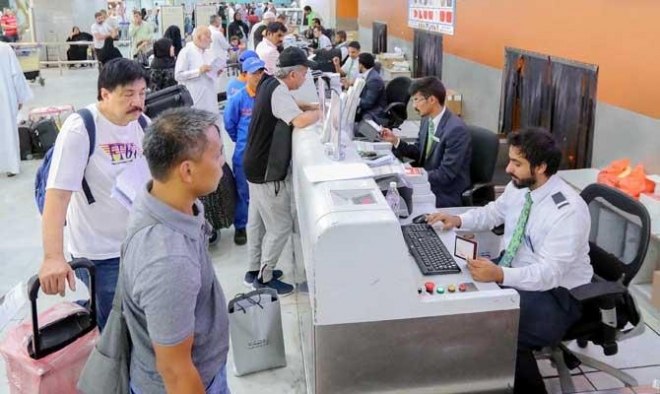 Passenger satisfaction with services at Riyadh airport increased by 3 percent in February, from 73 percent in January, while the satisfaction rate at Jeddah and Dammam airports remained flat at 59 percent and 76 percent.

The satisfaction rate at Madinah airport rose to 78 percent, an increase of 1 percent from January.

Passengers were asked about cleanliness, airport services and travel and ground services procedures. More than 600,000 people were surveyed in January.