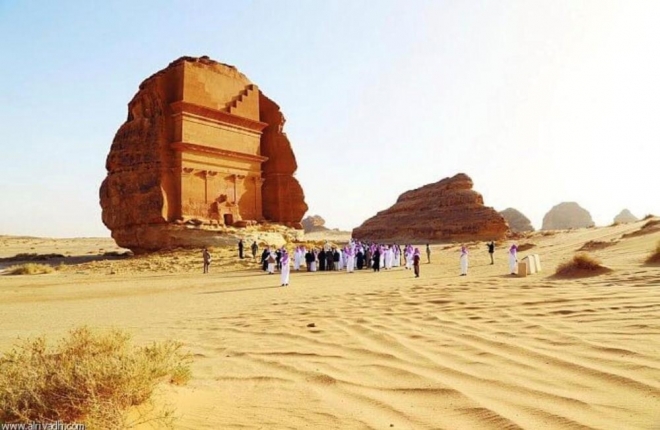 Jeddah — Saudi Arabia is reportedly planning to offer visa-free access to its tourism sites to visitors from the US, Europe, Japan and China.

The plan will be finalized in the coming months and announced by the end of the year, official sources were quoted as saying in a section of the press.

Visitors from the United States, Europe, Japan and China will be allowed to visit tourism sites either without the need of a visa or will be issued visas on arrival in the Kingdom, the Wall Street Journal reported.

The initiative is seen as an important step toward liberalizing the economy in keeping with the Kingdom’s Vision 2030. It is aimed at raising total tourism spending in the Kingdom — by local citizens as well as foreigners — to $46.6 billion by 2020 from $27.9 billion in 2015, sources said.

Last year e-visas were issued through Sharek e-visa platform, which allowed international motor racing fans to travel to the Kingdom for the Dec. 15 Formula E race. Travelers who bought a ticket for the race obtained a 14-day visa for SR640, the equivalent of approximately $170.

The Kingdom’s entertainment and events calendar is full of activities for which foreign visitors can get e-visas.

The Kingdom is also developing a number of tourist attractions, including Amaala, which is set to become a luxury destination on the northwestern coast.

A mega-theme park is being developed, known as Qiddiyah, an hour’s drive from Riyadh. It expects to attract 1.5 million visitors each year when the first phase opens in 2022.

Last month, Crown Prince Muhammad Bin Salman launched mega tourism projects in the ancient desert city of Al-Ula. According to the Royal Commission for Al-Ula, the projects are set to rake in a $32 billion increase in the GDP, over two million visitors and 38,000 jobs by 2035.