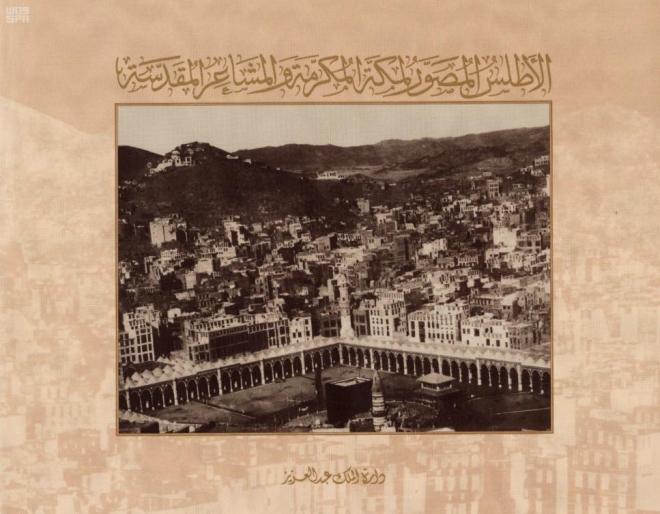 RIYADH: The King Abdul Aziz Foundation for Research and Archives (Darah) has sent Arabic and English copies of the “Illustrated Atlas of Makkah and the Holy Sites” to the British Museum and the US Library of Congress to serve as a resource for scientists and researchers.

The 325-page atlas documents the history of Makkah and the Two Holy Mosques using photos and text, and has served as a research resource since its release 16 years ago. It also features historical writings by Arab and foreign Muslim pilgrims.

As part of its support for projects that serve the history of Islam in general, and the history of Makkah specifically, Darah has made the atlas available on its official website and at book fairs, including the Riyadh International Book Fair.

The publication, co-authored by Dr. Miraj Nawab Mirza and Dr. Abdullah Saleh Shawesh, comprises six units, including Makkah in the eyes of Muslim and Western painters, early photos and illustrations, and the Grand Mosque and Makkah in the days of King Abdul Aziz and his sons.

The atlas also includes a historical supplement on the development of photography since the discovery of the darkroom until the emergence of dry film, which was developed into digital cameras in 1991. SPA Riyadh

The atlas is the first publication to include early illustrations and photos of Makkah, taken by local and international Muslim photographers.

It documents the foundations of the services provided by the modern Saudi state since the reign of King Abdul Aziz, such as paving the roads leading to Makkah, providing water for pilgrims, lighting the Grand Mosque, roofing the Masa’a, making the Kaaba’s Kiswah and door, and constructing the Makkah clock.