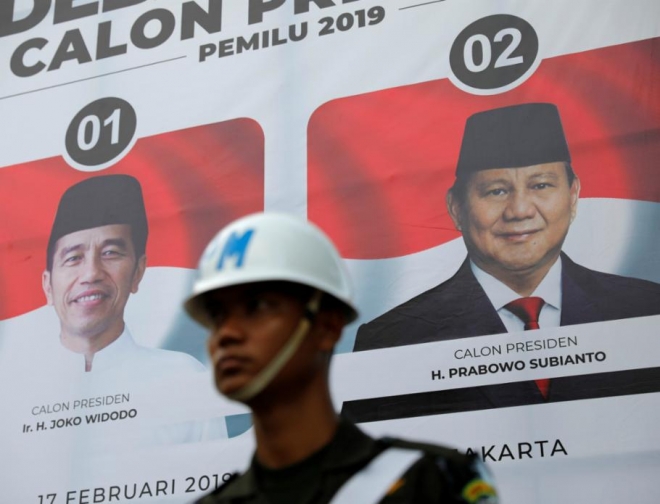 Around 100,000 would-be Indonesian pilgrims have postponed their umrah to the end of May at the earliest, when all matters related to the election will be cleared, including voter count disputes, said Resfiadi. This number includes about 10,000 government officials and those involved with political parties.

“They are given limited time to travel abroad during [the election] period and thus affects our market,” Resfiadi told Salaam Gateway.

He also runs Patuna Travel that last year managed umrah arrangements for 6,500 pilgrims, 30 percent of whom were senior-level government officials, according to him. It is the government-sector customer segment that will hit his umrah travel business, he said.

Around 680,000 Indonesian pilgrims have performed the pilgrimage from the start of the new umrah season, which coincided with Sep 11 last year up, to Mar 7 this year, according to data from Saudi Arabia’s Ministry of Haj and Umrah.

Resfiadi estimates around 1.2 million pilgrims from Indonesia will perform the umrah this year.

The umrah season officially closes a month before the haj, which this year will start in August. This means there are only about three and a half months left in this year’s umrah season.

For those whose travel plans are affected by the election, June would be their most likely choice for umrah this year, putting pressure on operators to re-direct resources to the middle of the year.

The election also means a postponement for most umrah travelers at another agency, Cheria Travel.

Cheriatna, owner of Cheria Travel, told Salaam Gateway it’s like a “national moral obligation” not to travel abroad during the election.

He has not taken on any umrah travelers over the April 17 period, pushing them to May and June.

“We have re-scheduled our umrah department for that period,” said Cheriatna, who goes by one name.

“The tickets for March have been sold out but most customers who are government officials, office workers, as well as family groups have postponed their plans to perform umrah, and plan to perform umrah after the election,” Cheriatna said.

Cheriatna added that the introduction of biometric registration and a new visa fee have also affected this year’s umrah numbers.

“The introduction of biometric verification as well as a progressive visa tariff that costs around 8 million Indonesian rupiah ($562, or 2,000 Saudi riyals) make people think it’s quite complex and costly,” said Cheriatna.

Saudi authorities rolled out last year compulsory biometric registration and verification for all would-be pilgrims applying for visas. This started on Dec 17 for Indonesia, with local VFS Tasheel centres appointed authorised agents for these services.

Under the new visa fee system, pilgrims can perform umrah without any visa charge for two hijri years at a time, from five years previously. This means pilgrims must leave a gap of two hijri years to avoid paying a fee of 2,000 Saudi riyals that they would need to pay for each additional umrah visit following their first in that two-year hijri period.

“They prefer to go to Korea for example, instead of performing umrah,” he said.