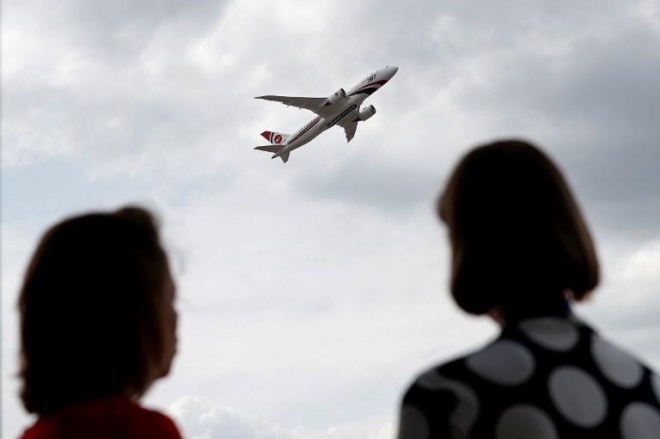 DHAKA: “I have been waiting for three weeks to get a flight to Saudi Arabia but couldn’t manage due to the high price of tickets,” said 35-year-old Abdul Malek, a Bangladeshi wanting to travel to the Kingdom. Malek got his visa in late January and is scheduled to start work at a cafe in Hail on April 1.

Fares to Middle Eastern countries have increased, and even more than doubled, with international airlines halting operations to and from Dhaka for different reasons.

Ali Haider, former secretary-general of the Bangladesh Association of International Recruiting Agencies (BAIRA), said around 10 million Bangladeshis were working around the world. Of these, four million were in Middle Eastern countries.

“Although a few airlines have stopped their Dhaka-bound flights, it is expected that some more are in the offing,” he told Arab News. “So, there is no good reason for me to think why the ticket prices went up. I think some unscrupulous business syndicate is doing this.”

He urged the government to find those responsible for the situation, but thought the surging numbers traveling to Saudi Arabia for Hajj and Umrah could also be a reason for higher air fares.

He said the number of workers heading to the Middle East had decreased in recent weeks.

“Due to an anomaly in the flight schedule, many workers are delayed to join their workplaces on time. In many cases, this delay leads to expiry of visas. We have already submitted a letter to the civil aviation ministry requesting for immediate intervention and now waiting for their steps.”

The country’s expat industry is a lucrative one. According to the Bureau of Manpower Export and Training, 734,000 Bangladeshis went to work in different parts of the world in 2018. Of these, 453,000 went to the Middle East. The country earned $191,732 million in remittances from expatriate Bangladeshis last year, with around 75 percent of this sum sent from those in the Middle East.

A government official said he was meeting the national carrier, Biman Bangladesh (BB), on April 3.

“I will have a meeting with the BB authority on April 3 to find out an immediate solution of the crisis,” Mohammad Mohibul Huq, secretary of the Civil Aviation and Tourism Ministry, told Arab News.

“Two more aircrafts will be added to the current BB fleet by next May. We will increase the number of flights by two in July and September.”