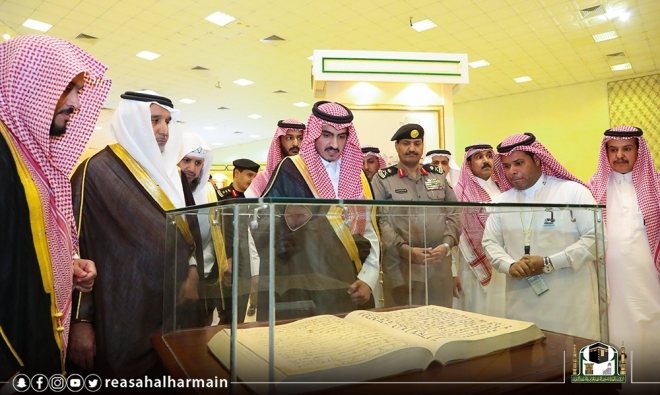 Visiting the exhibition, Prince Badr reviewed the historical exhibits and artifacts, which represents the history and architecture of the two holy mosques from the early period of Islam to the Saudi era.

At the Kiswa Factory, the prince inspected the advanced machinery used to manufacture the Kiswa, the black clothing of the holy Kaaba. Earlier, Prince Badr inaugurated the first phase of the improvement project for the machinery and equipment of the factory. He listened to a detailed explanation on the mechanism and steps in Kiswa making.

The prince also watched a visual presentation about the transformation in the production of the Kiswa witnessed during the Saudi era and the huge care given by the Saudi government to the factory.