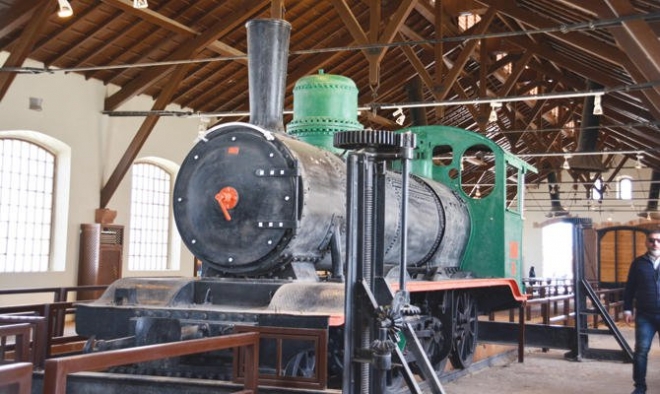 JEDDAH: The line that was built from Damascus, Syria, to Madinah, Saudi Arabia, is a fascinating part of Hijazi history.

Sultan Abdul Hamid II put great effort into modernizing transportation and communication during the Ottoman Empire. He laid telegraph lines and railways to connect Ottoman villages and built the Hijaz Railway to connect Damascus with Madinah.

The line was built to meet the needs of pilgrims traveling to Makkah. Its construction took eight years. The first stage of the project from Damascus to Daraa began in September, 1900, and the first train reached Madinah in August 1908. The work was carried out by German and Turkish engineers and local workers recruited from the areas along the route.

The sultan planned to extend the railway on to Makkah and down the Red Sea coast to Yemen, but plans to extend the Hijaz Railway were disrupted by World War One (1914-1918).

The terrain between Tabuk and Madinah presented many challenges. One portion of Al-Akhdar valley required the building of both a tunnel and a 143-meter long bridge, the longest bridge in Saudi Arabia. In Al-Muazzam area high rubble landfills were used to lessen the steep angle of the track.

Small stations, all of the same design, were built along the line between Al-Ula and Hadiyya, where a mid-sized station was built and supplied with water. As the line approached Madinah the stations grew larger, such as at Istabl Antar.

Volcanic rock was used as building materials for the stations and bridges between Al-Ula and Madinah.

On August 22, 1908, the first train arrived in Madinah. The official ceremony was postponed until Dec. 1st to coincide with the anniversary of the accession of the sultan, and a grand ceremony was held to mark both events.

The railway station in Al-Madinah was also illuminated on this occasion, the first use of electricity in Madinah.

After 1918, the Arabs attempted to reopen the railway.

The train arrived in Madinah twice, once in 1919 and again in 1925. A lack of material and technical skills stopped the railway in Hijaz from working again. The Hijazi portion of the line is defunct, but the Syrian, Palestinian and Jordanian sections have remained in service locally.