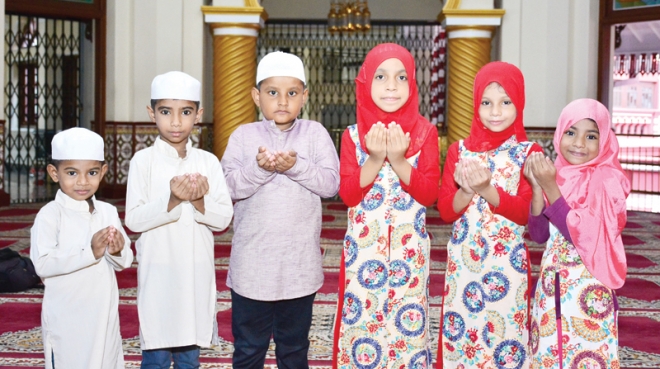 Hajj (pilgrimage to Makka) is an obligatory duty on every Muslim who has the physical ability and financial capacity to undertake it during the twelfth month of the Islamic calendar. In the distant past and say up to around fifty years ago the cost of undertaking the Hajj pilgrimage was not high such that not only the rich but also the affordable Muslims could do it. Yet not every rich and affordable Muslim showed eagerness in Hajj due to their perceived danger involved in travelling by ship (mode of travel of that period). Further, there were no such entities as today’s commercialized Hajj Travel Operators (HOs) and connected marketing and promotional activities by profit based HOs that could have ‘pulled’ the eligible Muslims to Hajj as it is done today.

The lack of interest in Hajj was also due to the Muslims of that era taking Hajj in a lighter vein; embedded fear as to their ability to withstand the hardships of the journey; thoughts of other obligations for their families especially having daughters of marriageable age, and other trivial ‘mind-sets’.

Be that as it may, the issue at hand is the high cost of performing Hajj. Some eccentrics would say that if the cost is high then Hajj does not become obligatory on those who cannot afford it – this assertion is flawed and is not acceptable. Hajj is obligatory not just for the rich but also for the affordable – affordable in the sense that a Muslim after fulfilling his family responsibilities/obligations and Zakaath / Sadaqah has money (from Halal earnings) adequate enough to perform Hajj, he must be in a position to perform Hajj. But the structure of the cost of Hajj in today’s context prevents him from performing Hajj. The stakeholders who are responsible for providing the services required by the would-be pilgrims undertake the Hajj obligation must consciously address this high cost in order that the affordable Muslims would be able to undertake Hajj.

The main stakeholders (apart from the pilgrims) are the Department of Muslim Religious and Cultural Affairs (MRCA), the Hajj Travel Operators (HOs), and the Saudi Arabian Government/ Kingdom of Saudi Arabia (KSA) including their allied collaborators (Saudi Arabian Airline, lodging providers, etc.). MRCA in fulfilling its objectives, commitments etc. as per their various declarations as stated in their web pages, is executing many of its duties in an acceptable manner though there are some areas in which MRCA has erred due to its own executive / managerial interferences and/or external political pressures – that is how religious / socio-cultural organisations with imbedded unavoidable governmental clout function in Sri Lanka. That may or may not be an issue for the would-be Hajj pilgrims so long as the Hajj applicants are selected without any discrimination by the Hajj Committee or interference by the Minister in charge of Hajj and made to do the Hajj at affordable costs and that remains the first hurdle.

The point at issue is MRCA is not mandated by its own Vision, Mission, Objectives, Procedures to negotiate with the KSA or its representatives either in Sri Lanka (Saudi Embassy) or with Saudi Arabian stakeholders (Saudi Airlines, Hotel/lodging providers etc.) to fix the cost of Hajj to its bare minimum. This is the crux of the matter. MRCA negotiating to increase the pilgrim quota though may appear as laudable, is not so. The allocated quota of say 2,500 to 3,000 of would-be pilgrims will be excessive if MRCA prevents multiple Hajj for a Muslim except in special circumstances. We have noted through years that Minister in charge of Hajj (whoever he had been) and lead officials of MRCA ‘boasting’ about efforts being made to increase the quota and thereby they are hoodwinking the Muslim public. What a shame! It is not the quota the Muslims want to be tackled at but the reduction in the cost of Hajj. Have we ever heard of the subject minister, MRCA lead officials or even the Hajj Travel Operators (HOs) saying they have spoken on this matter? Some will say ‘yes’ – that they have ‘discussed’ the high cost of the airfares at Hajj with the Airlines and the latter’s responses in stating that they are not in a position to cut down on the cost. The HOs and others listen to Airlines without fighting effectively to reduce the cost/fares. The representatives of HOs come back and ‘curse’ the Saudi airlines outside – we pity that we have such incapable people as our representative in our Hajj affairs.

MRCA as the Ministerial arm of the Sri Lankan Government to help Muslims in their Hajj must exert forcefully with KSA and its Hajj allies to find ways and means of bringing down the cost of Hajj so that the affordable Muslims can also do the Hajj. MRCA must become the first party to engage to bring the cost of Hajj to a reasonable level.

Having said that we now move on to the Hajj Operators (HOs). The HOs could be broadly seen as those who do it as a service making reasonable profits in proportion to the total efforts expended towards the required Hajj services rendered – such HOs may or may not exist today. The HOs, in reality, do it as business and try to reap high profits wherein all sorts of exploitations, fraud etc., do take place. This write-up is only about the cost of Hajj and to explore ways and means of reducing the costs so that Muslims who have the bare wherewithal to perform Hajj could do it.

This write-up does not and will not talk about the frauds, exploitations etc. that are being exposed in recent times through media etc. The HOs must be trusted Muslims to the community and should be devoid of any greed whatsoever. Profit making based on greediness is addictive behaviour that has no limits and does not care adherence to the guidelines of Islam. Who are Hajj pilgrims? They are Allah’s (SWT) guests and all stakeholders must ponder on and remember this. The acute asymmetry between the Hajj Tour operators (HOs) and the pilgrims makes the HOs command as they wish to put the pilgrims at the mercy of the HOs – this must get erased for the benefit of the pilgrims and for the accrual of Allah’s (SWT) Blessings for the HOs in the real sense of service to the Hujjah (pilgrims).

There are many ways by which the cost of Hajj could be reduced effectively. No one should conclude it is impossible. MRCA must play the lead role in finding ways and means of reducing the cost of Hajj. In that respect firstly it should fully get engaged with the KSA (and its allies) to seek ways and means of reducing the cost of air travel, lodging and other connected services in Makka and Madina. MRCA with the involvement of HOs must continually have talks/discussions with the Saudi Embassy in Sri Lanka in this cost issue. Effectively getting costs reduced – commonly called as cost-cutting –is an established methodology/technique in use in every enterprise of repute today, profit and non-profit alike, that is worthy of acceptance and application in the cost reduction of Hajj.

Hajj is sacred and is performed in Makka. All services required and connected with the performance of Hajj are also sacred whether they are within Makka or from the pilgrims own countries. Whoever the sovereign Ruler of Makka, he must understand and accept the multi-faceted Islamic responsibilities the Saudi Rulers have to shoulder and thus allow all the eligible and affordable Muslims throughout the world to perform Hajj. All Muslims must appreciate the nearly infallible logistics implemented by the Saudi Authorities during Hajj – Alhamdu Lillah. If the Saudis are good at the logistics – Insha Allah – they could also be good or even better at ‘cost-cutting’ too only if they are made to realize the high costs that come from their part in Hajj. The Saudi Authorities at present have allowed a Laissez-faire approach to all parties rendering Hajj services viz. airlines, hotels, transport and any other connected services and that approach has given rise to near monopoly or oligopoly situations in the Hajj affairs within KSA. This is where the high cost of Hajj evolves and calls for resolutions.

Hajj is not a travel or tour extravaganza. Hajj is a sacred Islamic obligation and all works/services rendered therein cannot be executed on a business-like basis though reasonable profits to the efforts involved are allowed. But this is what is happening in the Hajj affair – all the parties do their involvements as businesses thereby reaping exorbitant profits. Though the Muslims are mindful of the enormous efforts of the Saudi government in the Hajj, they are also saddened by the Saudi Government’s indifference towards the workings of their airlines, Makka and Madina hotels, transportation, visa costs which individually and collectively impinge on the high cost of Hajj. The same story of making exorbitant profits by their local Hajj Travel Operators and the corruptions and frauds in the Hajj Ministry in their home countries.

The Kingdom of Saudi Arabia (KSA) is a very rich country through its natural petroleum resource. It helps people and countries that need financial grants throughout the world. It helps especially the Muslim Ummah all over in Islamic (Sunni) and general education, funding essential projects, assistance for mosques etc. which are laudable and have to be appreciated. Thus it is surprising that the KSA does not get that involved in executing the Hajj-related activities/services within its command in the sense of regulating the costs of hotels, transportation, airfares and other essential Hajj-related activities. Hajj cannot be looked at as a means of making money or profits by burdening the pilgrims through high costs. Hajj is not an extravaganza and the stakeholders within KSA and pilgrims’ home countries must realize that all stakeholders must get involved for the Pleasure of Allah (SWT) and nothing else. Hajj services cannot and should not be done as a business – that does not mean that one cannot make profits.

The profits must be in proportion to the efforts expended, otherwise, it amounts to interest (Riba). The pilgrims must be the first concern. Could the majority of the would-be pilgrims afford the prices charged? That must be the first criterion or concern. Using the 80/20 rule, one may conclude that less than 20% of the pilgrims would be the ones who could afford whatever the price charged.

The balance 80%, the affordable (not the rich) Muslims, will not be able to perform Hajj at the prevailing exorbitant cost though a very small percentage of that 80% may undertake Hajj with difficulty and hardship based on a determination to perform Hajj whatever the cost. The KSA may pose the Question: ‘But, we get around three million Muslims for Hajj and that is what we could accommodate though Muslims who wish to perform Hajj is much higher. So the three million Muslims show that the present cost of Hajj is acceptable’. Yes, affordable to the privileged rich. What about the affordable Muslims who could do Hajj if the cost is low?

Whatever the way KSA governs its citizens and its overall administration is no concern for other Muslims outside.

The question of Hajj is different though it has to be managed by KSA by virtue of the fact that Masjid Al-Haram, Kaaba, Safa & Marwa, Mina, Arafat, Muzdalifah and Jamaratplus Masjid Al Nabawi are under their administration. These places are Islamic heritages and thereby call for entirely different administrative responsibilities on KSA.