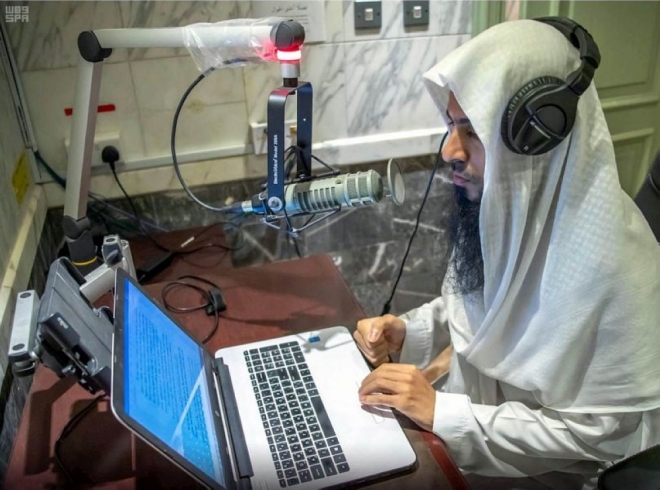 MAKKAH — The General Presidency for the Two Holy Mosques, represented by the General Department for Guidance Affairs and the Department of Languages and Translation, provided modern equipment and sound engineering technology to broadcast messages via radio frequencies covering all the areas of the Haram Mosque in Makkah from its studios.

The department also translates Friday and Eid sermons in different languages for the visitors and Umrah pilgrims, in addition to broadcasting the interpretations of Surat Al-Kahf in many languages every Friday morning.

Head of the Department of Languages and Translation at the Grand Mosque Ahmad Al-Humaidi said the presidency was broadcasting in a number of languages including English, Persian, Indonesian, French and Urdu.

There are specialized linguistic committees and technical, engineering and administrative staff that monitor the content to ensure accuracy. The content is then archived and published in the publications of the presidency.

Al-Humaidi pointed out that the directive of the head of the presidency, Sheikh Abdul Rahman Al-Sudais, aims to develop language and translation in the holy mosques and increase the number of languages to 10.

He pointed out that the radio frequencies inside the corridors of the Grand Mosque and the areas surrounding it are distributed through distribution points. The staff of the Department of Languages and Translation are out in the field, guiding visitors on how to use the devices in the frequencies of the language preferred, or through the website of the General Presidency. — SG