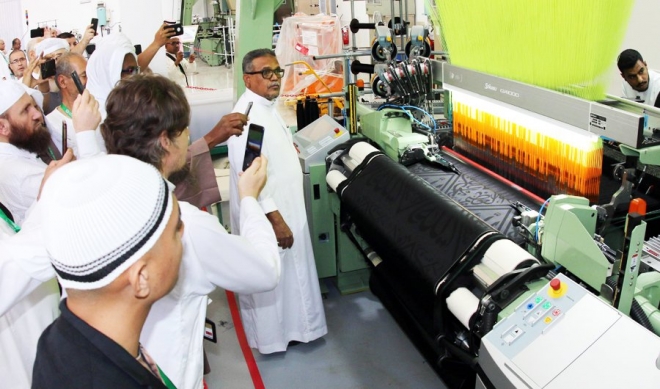 MADINAH: Group 14 of the Two Holy Mosques Guests Program, organized by the Ministry of Islamic Affairs, toured the historical sites of Madinah.

225 pilgrims from 27 countries visited the Quba Mosque, the Cemetery of the Uhud Martyrs, Rumah Mountain, and the King Fahd Glorious Qur’an Printing Complex, where they were introduced to the various stages of printing the Glorious Qur’an and received copies of the Mushaf as souvenirs.

Judge Mohammed Ibrahim Saleh from Lebanon thanked King Salman for providing all means for the success of “this historical visit,” as he said. Hajj Abdul Aziz Mohammed Ali Hassan from Egypt expressed his joy at achieving his “dream to visit the Holy sites thanks to King Salman,” while Sheikh Naeb Khan, professor of Shariah from Pakistan praised the efforts made by the King Fahd Glorious Qur’an Printing Complex in printing the Mushaf and distributing it all over the world. In addition, he expressed his joy to have had the opportunity to pray in Quba Mosque.