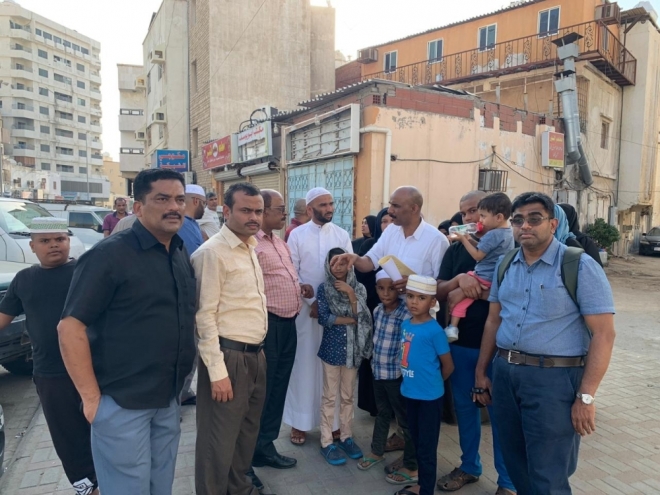 JEDDAH — A group of Kuwaiti expatriates who came for Umrah have lost their passports in the holy city of Makkah and are desperately trying to go back the country to resume their jobs.

They believe that the passports were lost at the hotel where the pilgrims stayed, apparently due to the negligence of hotel staff.

The 53-member group includes men, women and children traveled to the Kingdom overland in a bus from Kuwait on a week’s package. The expatriates, all of them holding valid work visas of Kuwait, included Indians, Egyptians, Bangladeshis and Pakistanis. A large number of them were from India’s Kerala state.

The pilgrims came to know about the loss of their passports on Tuesday afternoon when the tour operator told them to be ready to travel to Jeddah to apply for new passports.

“We were simply shocked to know that our passports were lost, when the hotel informed us to be ready to travel to Jeddah for applying for duplicate passports at the Indian consulate,” Basheer Abubacker Razq, one of the standard pilgrims, told Saudi Gazette.

He added, “We believe that our passports were lost or misplaced at the hotel where we were astaying. Apparently it is an act of negligence.”

Some of the pilgrims, guided by K.T.A Muneer, a prominent leader of the Kerala community in Jeddah, approached the Indian consulate for duplicate passports. They also met with Consul General Md. Noor Rahman Sheikh and Consul Sahil Sharma to voice their grievances.

Pilgrims from Bangladesh, Egypt and Pakistan also approached their respective consulates with the lost-passport complaint.

The Indian consulate has plunged into action and dispatched a team of officials to Makkah to investigate the matter and also assist the stranded pilgrims in completing the required legal formalities.

Stranded pilgrims eager to return to Kuwait to resume their jobs and because of other commitments. The time required for the re-issuance of standard passports varies from country to country. For Bangladesh, Egypt and Pakistan, new passport documents are filled back home and delivered here whereas in the case of Indians, they are processed locally.


⇐ Previous:
App for Umrah pilgrims to rule out chances of duping by crooked travel agents
Next: ⇒
Road to access Makkah from its south in need of urgent repair