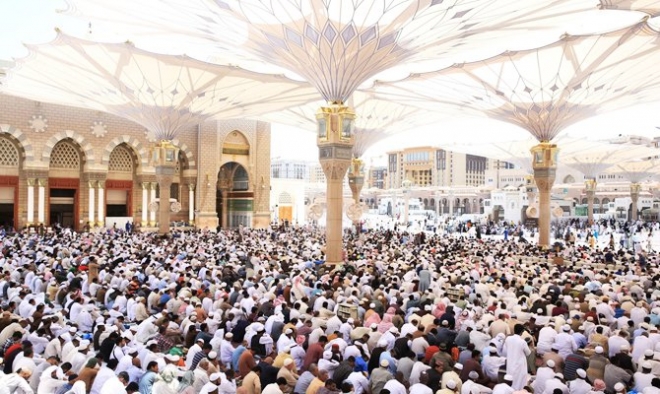 RIYADH: The number of Umrah visas issued this year has reached 5,730,842, of which 5,273,075 pilgrims have arrived in the Kingdom, according to data provided by the Hajj Ministry.

The weekly data also included the number of Saudi staff within Umrah companies and institutions. There are 10,481 Saudis including 8,674 males and 1,807 females.

The General Presidency for the Affairs of the Two Holy Mosques has intensified its services around the clock, including cleaning, maintenance and operation works in the mataf, the Masa’a, the vault, King Fahd’s Expansion, and all the mosque’s levels and compounds.

A guidance service educates pilgrims and visitors on religious matters, and guides them in the proper performance of their rituals.