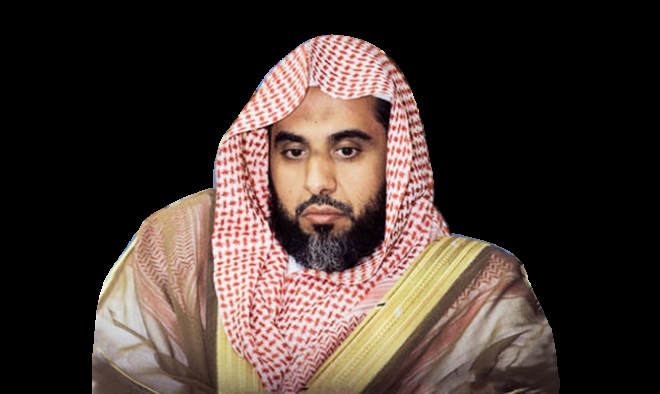 Sheikh Abdullah Awad Al-Juhani has been an imam at the Grand Mosque in Makkah since July 2007.

Al-Juhani was born in Madinah, and completed memorizing the Qur’an under the supervision of Sheikh Mohammed Ayub, former imam of the Prophet’s Mosque. At the age of 16, he participated in a competition for the memorization and recitation of the Qur’an and came first in his category.

Al-Juhani holds a bachelor’s degree in Qur’anic studies from the Islamic University of Madinah, and a master’s and doctorate in Shariah and Qur’anic recitations from Umm Al-Qura University in Makkah. He has led the Taraweeh prayers during Ramadan in Makkah since 2008.

Speaking at the Friday sermon at the Faisal Mosque in Islamabad, Al-Juhani said that Pakistan is working tirelessly to eliminate terrorism and extremism. “Pakistan was a cornerstone in maintaining moderation through its involvement in the Islamic Military Counter Terrorism Coalition.”

The sermon was attended by more than 50,000 worshippers and was part of Al-Juhani’s visit to Pakistan to participate as a guest of honor in the Fourth International Message of Islam Conference, to be held in Islamabad on Sunday.

Al-Juhani said: “We thank God for the progress we see in the cooperation between Saudi Arabia and Pakistan in all fields of interest to both countries.”