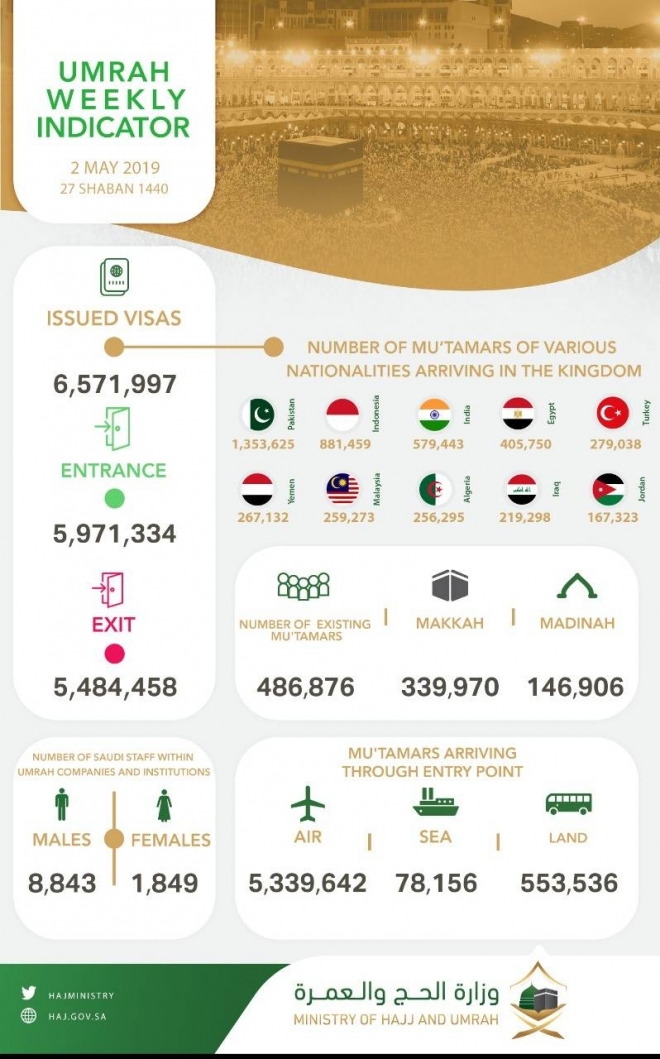 RIYADH — More than 6.5 million Umrah visas have been issued since the beginning of the current Umrah season in October 2018. As of Thursday, May 2, a total of 6,571,997 visas were issued to prospective pilgrims, according to the weekly report issued by the Ministry of Haj and Umrah. During this period, a total of 5,971,775 pilgrims arrived in the Kingdom to perform Umrah, the Saudi Press Agency reported.