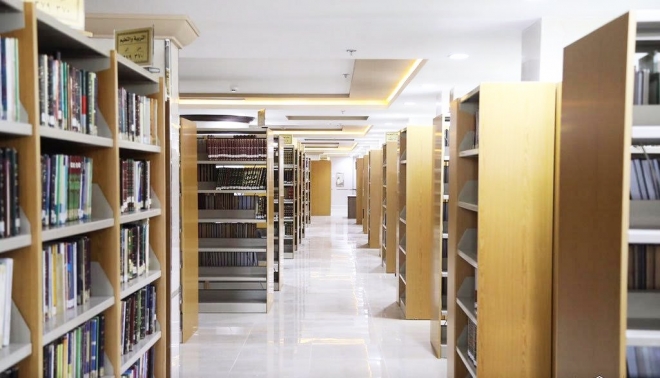 MAKKAH: The library of the Grand Mosque is one of the oldest in the Islamic world. It is a prominent landmark in the city, the birthplace of the Prophet Mohammad (peace be upon him), and contains more than 350,000 rare books and manuscripts.

The library was established during the reign of the Abbasid Caliph Al-Mahdi in 160 AH (776 CE) and is located in the neighborhood of Batha Quraish.

Dr. Abdulrahman bin Saad Al-Shehri, director of the library, told Arab News that it was about 13 centuries old, and was founded on the principle of enriching knowledge and providing sources of research and information, to spread the message of the Two Holy Mosques.

“Our goal is to create, and transfer, all kinds and forms of knowledge and develop them, enrich our ‘intellectual production’ in all disciplines, organize, control, document and introduce the latest technology to assist us and keep abreast of modern developments to facilitate research and access information,” he said.

Al-Shehri added that the library contributed to the local community by hosting training courses for human development, knowledge and information technology awareness. The building consists of 13 floors covering an area of more than 2,000 square meters, with five reading rooms for men, one reading room for women, a meeting and training room, a center for scientific research and revival of Islamic heritage, and a department for audio and visual production.

The library also has a large collection of rare manuscripts. There are 6,842 original manuscripts, 2,634 Arab and foreign copies of manuscripts, 200,000 volumes and 8,000 rare books. In addition, it includes 40 private waqf libraries, 4,443 newspaper volumes in the old newspapers’ section, as well as a section for the restoration of ancient manuscripts and decaying books.

Al-Shehri noted the existence of a “gifts and exchange section,” which aims to enrich the library through the exchange of information resources with individuals and scientific institutions. There is also a supplies area by the library’s main gate, to cater for those using the building and its resources but who may be short of reading and writing equipment. And on top of that, there is a special section for the digital reproduction of rare manuscripts and books, to save them from damage or loss and widen access to them by preserving them online.