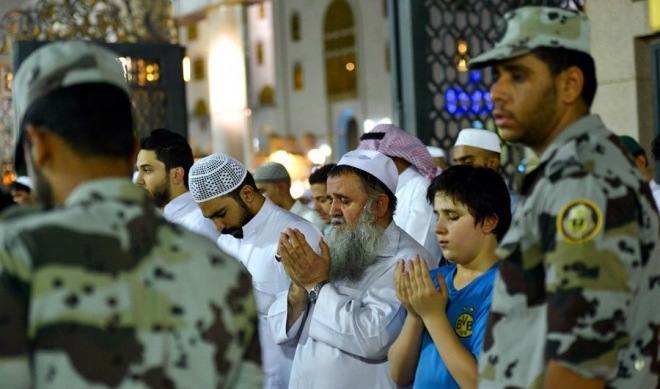 MAKKAH: Saudi Arabia’s security forces have completed their preparations for Umrah season, as part of their efforts to provide the best possible services to pilgrims during Ramadan, allowing them to perform their rituals safely and with ease.

Maj. Gen. Saeed Al-Qarni, commander of Umrah security forces, confirmed the readiness of the security services to implement Umrah plans, developed under the supervision of the director of public security and adopted by the minister of interior, that aim to ensure the safety, security and comfort of citizens, residents, visitors and pilgrims.

Maj. Gen. Mohammed Al-Ahmadi, assistant commander of Umrah security forces, said that the Public Security Department conducted training courses to improve the skills of staff and make it easier for them to manage the large crowds that gather at the Grand Mosque in Makkah during Umrah season.

He said that the security plan for the mosque has three main aspects: Organizational, for managing and controlling crowds; security, to protect pilgrims and ensure their safety; and humanitarian, focusing on assistance for the elderly and infirm, the sick, children and those who get lost.

Maj. Gen. Khalid Al-Dabib, assistant commander of Umrah security forces for road security, said that operations began 72 hours previously to implement entry and exit procedures in Makkah. A traffic plan was developed for Umrah season, he added, by studying previous plans to identify shortcomings and enhance the benefits. One of the results is an interactive map that will provide the best routes for pilgrims to take.

Maj. Gen. Fahd Al-Osaimi, director of Makkah Police, said that his officers stand ready to maintain order, fight crime, investigate any criminal allegations and provide assistance to anyone who needs it.


⇐ Previous:
Read all about it: 13 centuries of Islamic heritage under one roof
Next: ⇒
10,000 employees to serve visitors to Grand Mosque in Ramadan