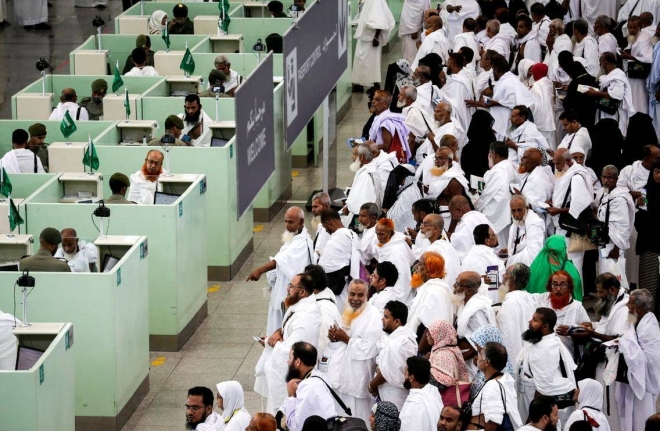 JEDDAH — The General Authority for Civil Aviation (GACA) has revealed that 192 counters of the Passport Department (Jawazat) have been set up at King Abdulaziz International Airport in Jeddah (KAIA) to provide better services to the passengers including Umrah pilgrims this month.

It said 10 electronic gates at the entrance of the departure lounge at the northern hall have been made operational and a new conveyor added at the southern lounge to expedite the handling of luggage.

It said the terminal has 18 entry and exit gates in addition to conveyors which have a total length of 1,180 meters.

The terminal also has two lounges for first class passengers and a parking space for more than 100 buses.

GACA said starting Ramadan 26 (May 30), all the lounges will be used for departure only.

Meanwhile the Directorate General of Passports has said as many as 11.7 million Umrah pilgrims have crossed the Kingdom's air, land and sea inlets during the past eight months.

According to Jawazat, about 6.1 million pilgrims have arrived since the start of the Umrah season in late October while 5.6 million have departed for their respective homes after competing their Umrah rituals.