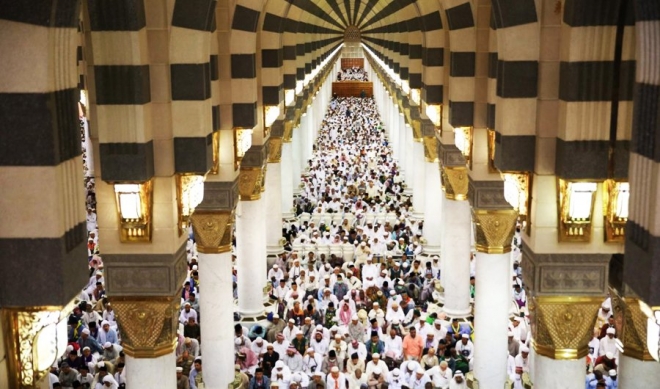 JEDDAH: Saudi Arabia has announced that it has dedicated an online platform for worshippers from Qatar seeking to perform Umrah.

The Ministry of Hajj and Umrah on Tuesday explained that worshippers from the Gulf state were required to register themselves on the website and submit all the required data.

These facilities are provided to the Qatari pilgrims on the orders of King Salman and Crown Prince Mohammed bin Salman, the ministry said in a statement.

Meanwhile, the General Directorate of Passports has announced that between Sept. 12, 2018 and May 6, 2019 the number of pilgrims arriving in the Kingdom from all over the world reached 6,151,944, while 5,602,027 pilgrims left Saudi Arabia during the same period, reported the Saudi Press Agency.

The directorate stressed its readiness to welcome and serve pilgrims arriving by land, sea and air during the holy month of Ramadan.


⇐ Previous:
192 passport counters set up at KAIA
Next: ⇒
Free nurseries for children of pilgrims